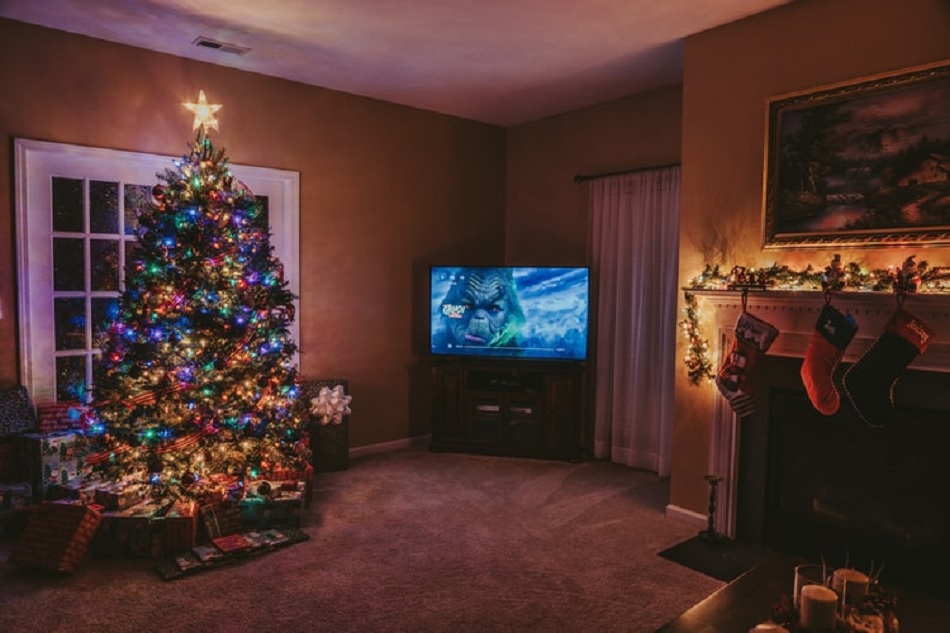 With Christmas around the corner, Raven has been voting on our top Christmas films to watch over this holiday season.

Debbie Isitt, writer and director of Nativity!, spoke to BBC Three about the message of Christmas films, saying: “All of the Christmas films I love – It’s A Wonderful Life, A Christmas Carol, Elf – are fundamentally about human redemption.”

“The idea that anyone can be saved and rescued, even from themselves, and that Christmas is somehow the magical time of the year when that’s most likely to happen.”

So where do Isitt’s favourites rank on our list?

As people begin to believe Santa Claus may not be real, an old man by the name of Kris Kringle arrives to make everyone believe. Mr Kringle’s sanity is questioned, leaving a lawyer and a girl with the task of proving that Santa is real.

Ninth on our list is the controversial Die Hard, released in 1988.

The story follows an officer from the New York Police Department whose wife and her co-workers are taken hostage by terrorists during a Christmas party in Los Angeles.

=7) It’s a Wonderful Life & The Knight Before Christmas

At joint seventh we have It’s a Wonderful Life, released in 1946, and The Knight Before Christmas, released in 2019.

It’s a Wonderful Life follows frustrated businessman George Bailey as he contemplates taking his life on Christmas eve. An angel is sent from heaven to show Bailey what life would have been like without him around.

The Knight Before Christmas sees a knight travel from the 14th century to present day America, where he meets Brooke, a high school science teacher inspired by her fantasy idea of love.

Just missing out on the top five is The Holiday, featuring Goldsmiths honorary graduate Jude Law. The 2006 film stars Kate Winslet and Cameron Diaz as the leading ladies.

The story sees two women, troubled by relationships problems, trade lives over Christmas. While looking to get away from the men who upset them, they each stumble across unexpected romance.

Elf takes the fifth spot on the list, released in 2003. The Christmas comedy stars Will Ferrell in the leading role as a Buddy.

Elf centres around Buddy, a human raised amongst elves in the North Pole. Upon discovering he is different, Buddy set offs for New York in search of his biological family.

The Grinch is fourth on our list, based on How the Grinch Stole Christmas! by Dr. Seuss. The 2018 film stars Benedict Cumberbatch in the leading role of the cynical green character known as the Grinch.

The film follows the Grinch as he looks to crush the Christmas excitement in the town of Whoville. However, once he meets a young girl by the name of Cindy Lou, his attitude begins to change.

The story follows Ebenezer Scrooge, a cold-hearted money lender who does not care for Christmas. Having been rude to all those around him, he is visited by a series of ghosts who seek to show him the Christmas spirit.

Coming in second is Love Actually. Released in 2003, the film boasts a star-studded cast including Hugh Grant, Kiera Knightly, Liam Neeson and Emma Thompson to name a few.

Love Actually follows the stories of eight couples, based in London, as they look to navigate their love lives in the lead up to Christmas.

The film revolves around Kevin, a young boy who is accidentally left home alone as his parents jet off on their Christmas holiday. When a pair of burglars notice the house is quiet, Kevin uses his mischief to fend them off.

Chris Columbus, Director of Home Alone, spoke to TODAY about how Home Alone continues to be a favourite 30 years later: “I think the comedy really still works. And I also think the emotional part of ‘Home Alone’ is – it’s very emotional for people.”