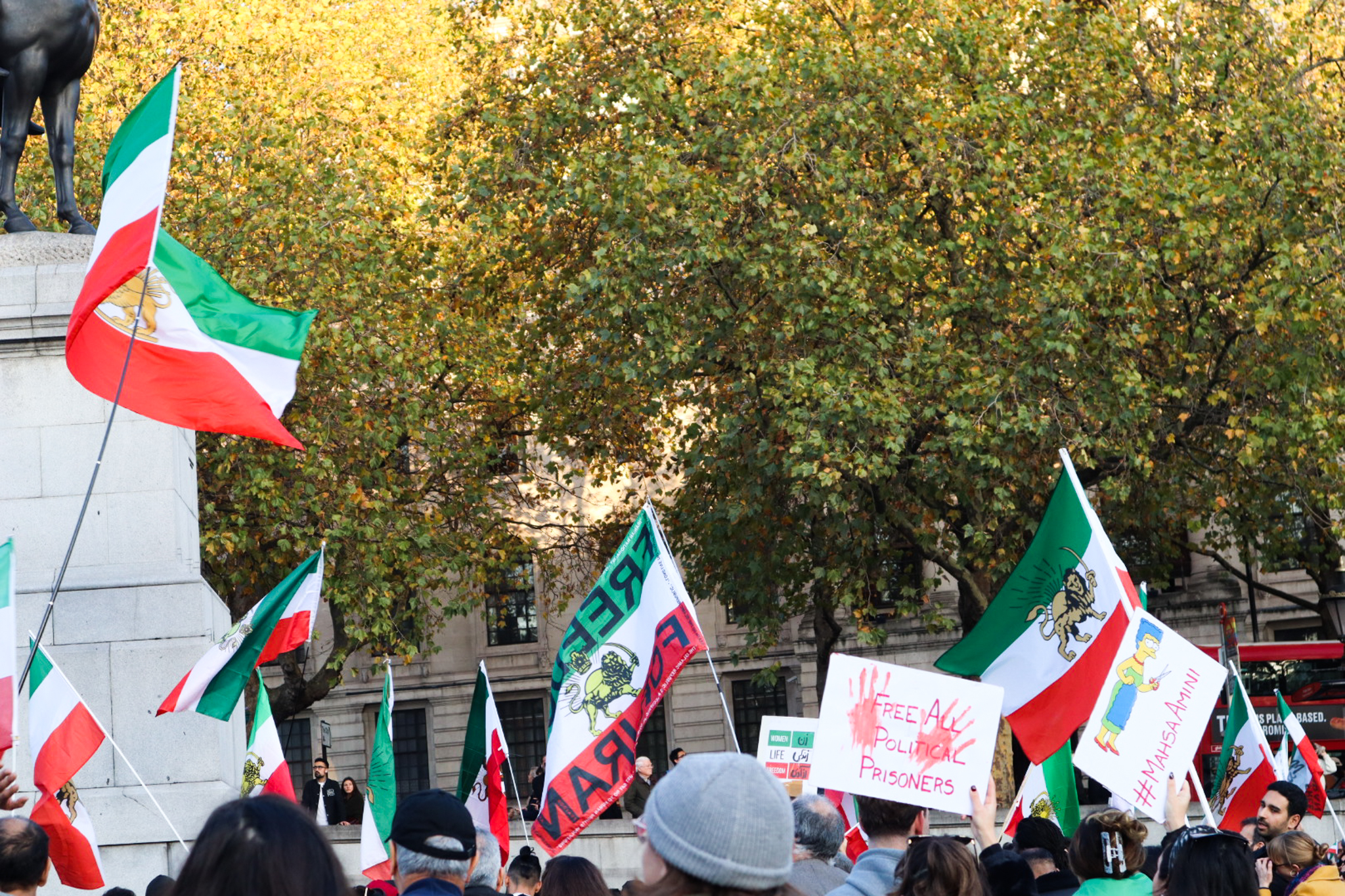 Hundreds of protestors gathered again in Trafalgar Square, London on Saturday to protest against the Iranian government to show support for “the women’s revolution”.
The ongoing series of protests against the government of Iran began after the death of 22-year-old Mahsa Amini, who had been arrested by Iranian authorities for allegedly violating the country’s mandatory dress code by not wearing the hijab in accordance with government standards. 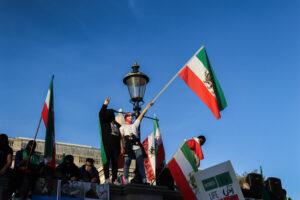 One of the protestors, Bina, who has been living in London for the past 14 years said, “She [Amini] was arrested by the morality police and beaten to death, this is what the morality police does in Iran. The central slogan for women’s life freedom comes from that event”, he added.

A protestor held a placard that read “The Islamic republic occupying Iran is not Islamic or a Republic. They are pure evil”. While others chanted “Freedom for Iran”. 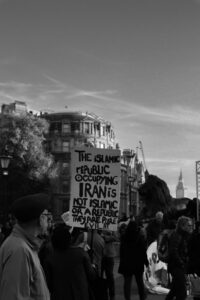 Another protestor, Umer, said, “Government changes everything according to their religion and they try to teach people how to live life.” 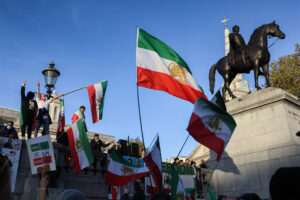 Since Amini’s death, there have been weekly protests in Trafalgar Square. Protesters in London have also called on the UK government to cut ties with the Islamic regime and close its embassy and Islamic centers that promote the regime’s propaganda against protesters and emigrants living in the country.

Amini died on September 16, 2022, due to a heart attack in a hospital in Tehran as a result of police brutality. Since then, protests have grown in size, with demands ranging from more freedoms to the downfall of the government.