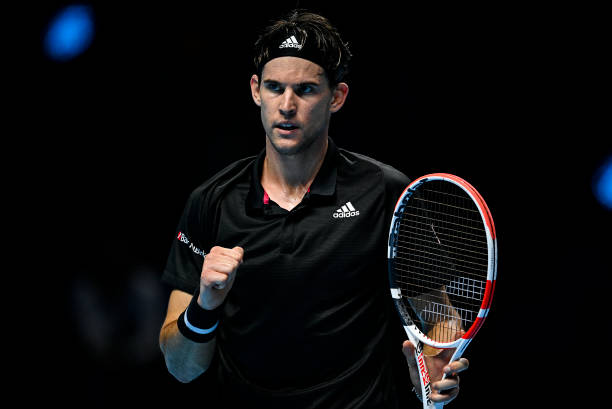 He has now qualified for the semi-finals in London for the second year in a row.

The grueling 72-minute opening set saw the 27-year-old holding his own, saving two set points against the Spaniard.

However, the momentum swung in Nadal’s favour in the second set when Thiem failed to convert three consecutive match points at 5-4. Thiem clinched victory in the end with a convincing 7-4 win in the tiebreaker.

Thiem sits undefeated at the top of Group London 2020 after starting the tournament with another huge win, taking down defending champion Stefanos Tsitsipas in three sets.

Thiem described today’s match as one of the best matches he has ever played in an on-court interview.

“Against Rafa, it is nice to win the first set but he is still there 100 per cent from the first to the last point. I knew that maybe I had a slight advantage when I won the first set, but I still had to stay super focused,” Thiem said.

“Now, the goal is to enjoy this victory and to maintain that level until Thursday.”

Nadal congratulated Thiem in his own post-match interview.

“Well done to [Dominic]. He played an amazing match,” he said.

Encouraged by the high level of competition, Nadal now better likes his chances of qualifying for the semi-final.

Thiem will face off with ATP Final debutant Andrey Rublev in the midday session on Thursday.

Nadal and Tsitsipas will battle it out to vie for the second spot in the semi-final in the 8 p.m. session.