Protesters gather outside Apple store in solidarity of Chinese workers 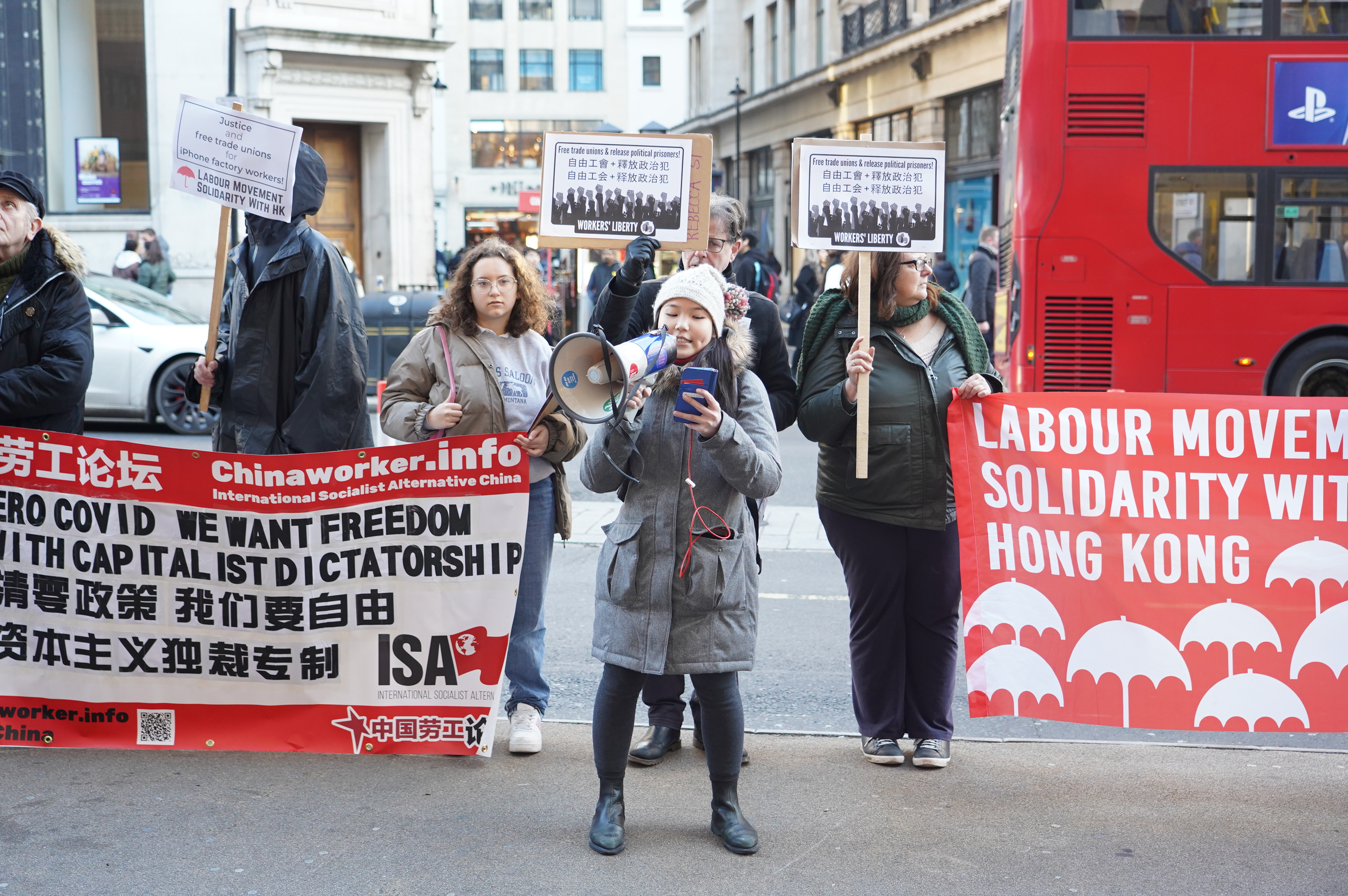 All photos by Charles Tsui

Activists protested in front at Regent Street Apple store on Saturday calling for the company to guarantee worker rights.

The protest, organised by the Labour Movement Solidarity with Hong Kong group (LMSHK), came after tensions broke out and escalated at the largest iPhone factories in the world in Zhengzhou, China. 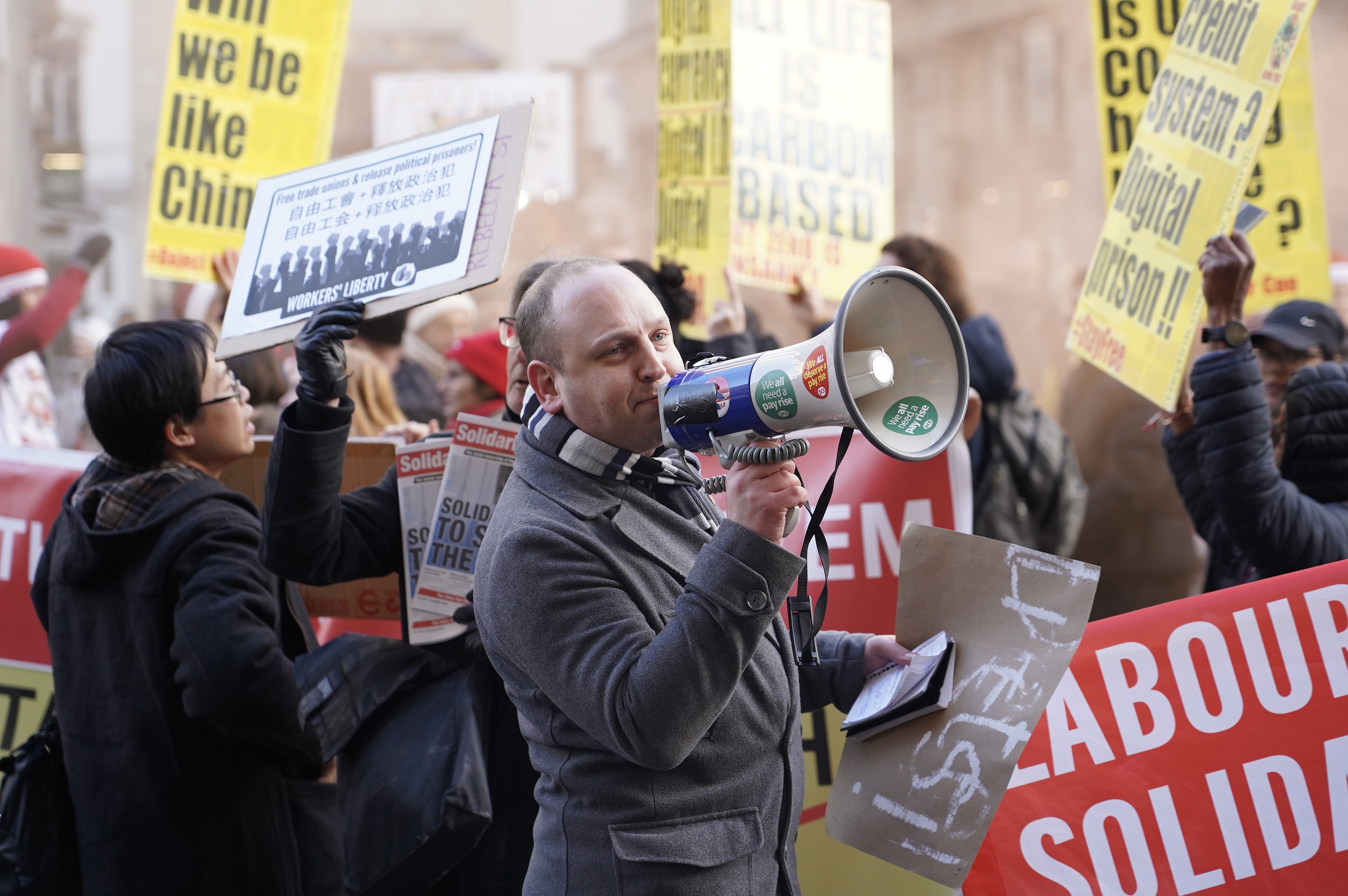 The London activists also denounced the Chinese government’s enforcement of the zero Covid policy and its influence on the events surrounding the fire that broke out in a Uyghur-majority neighbourhood in Uruqmi on 24 November.

Demonstrators held up signs demanding justice for iPhone factory workers as well as an end to global islamophobia. 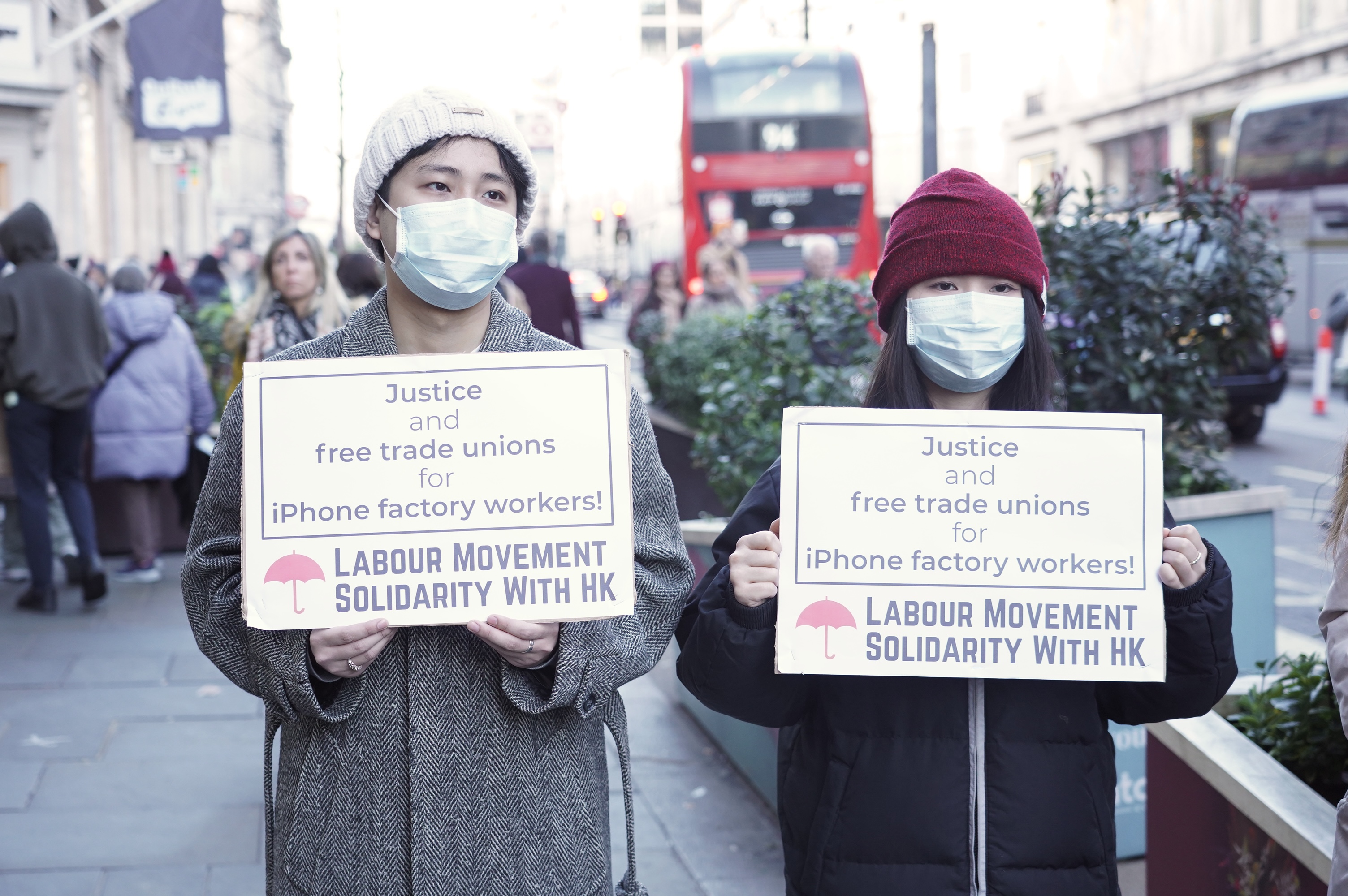 Rising Covid cases also prompted the factory to be locked down last month, pushing some workers to break out and go home. Manufacturer Foxconn, owner of the factory, then recruited new workers with the promise of generous bonuses.

One speaker denounced: “members of the communist party in China are betraying their own people” he told the crowd. “I ask myself, are they true socialists?” he added. 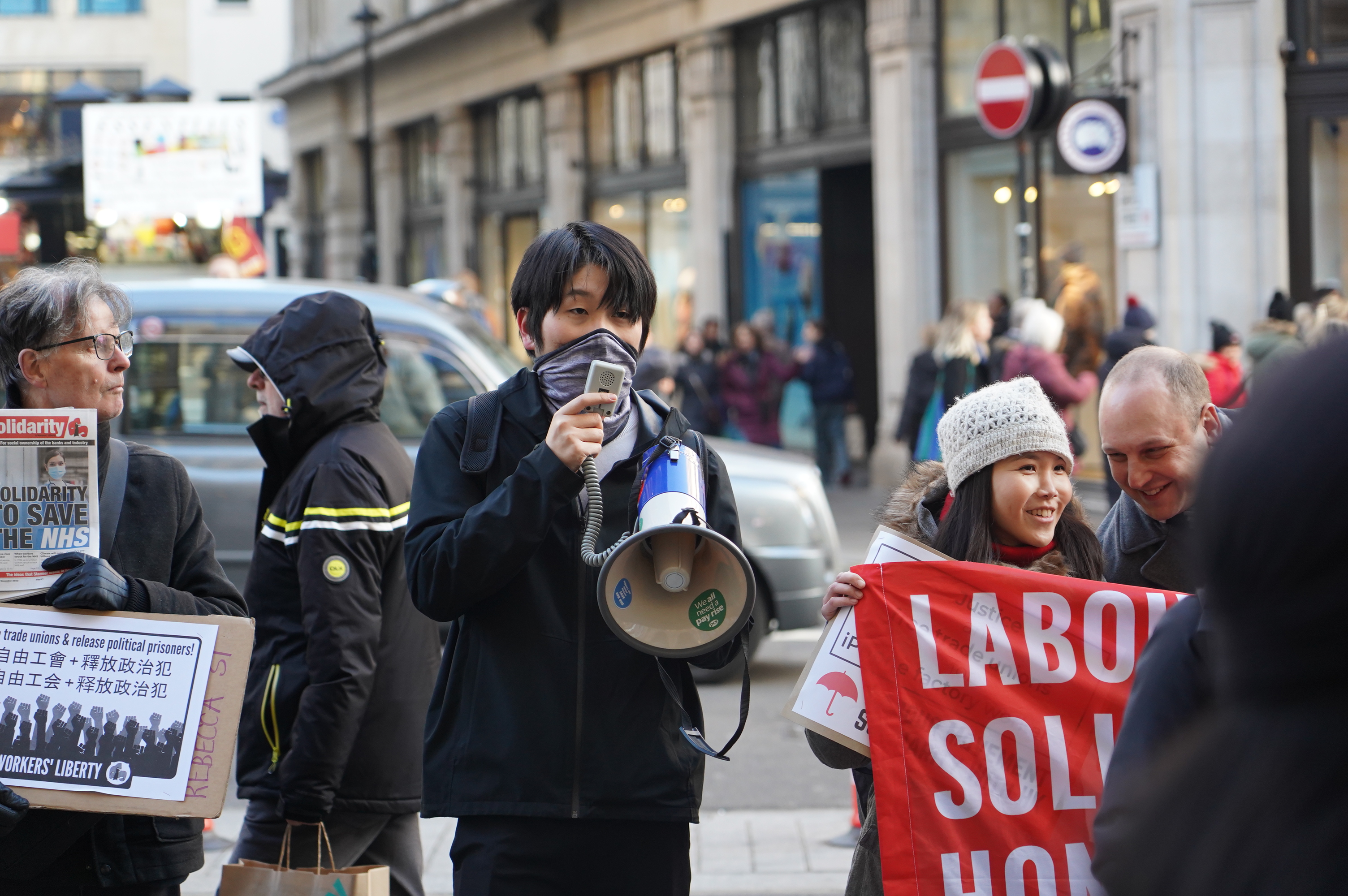 The protest initially gathered at Regent street’s Apple shop, before moving to the Chinese embassy. Among them was famous activist Peter Tatchell. 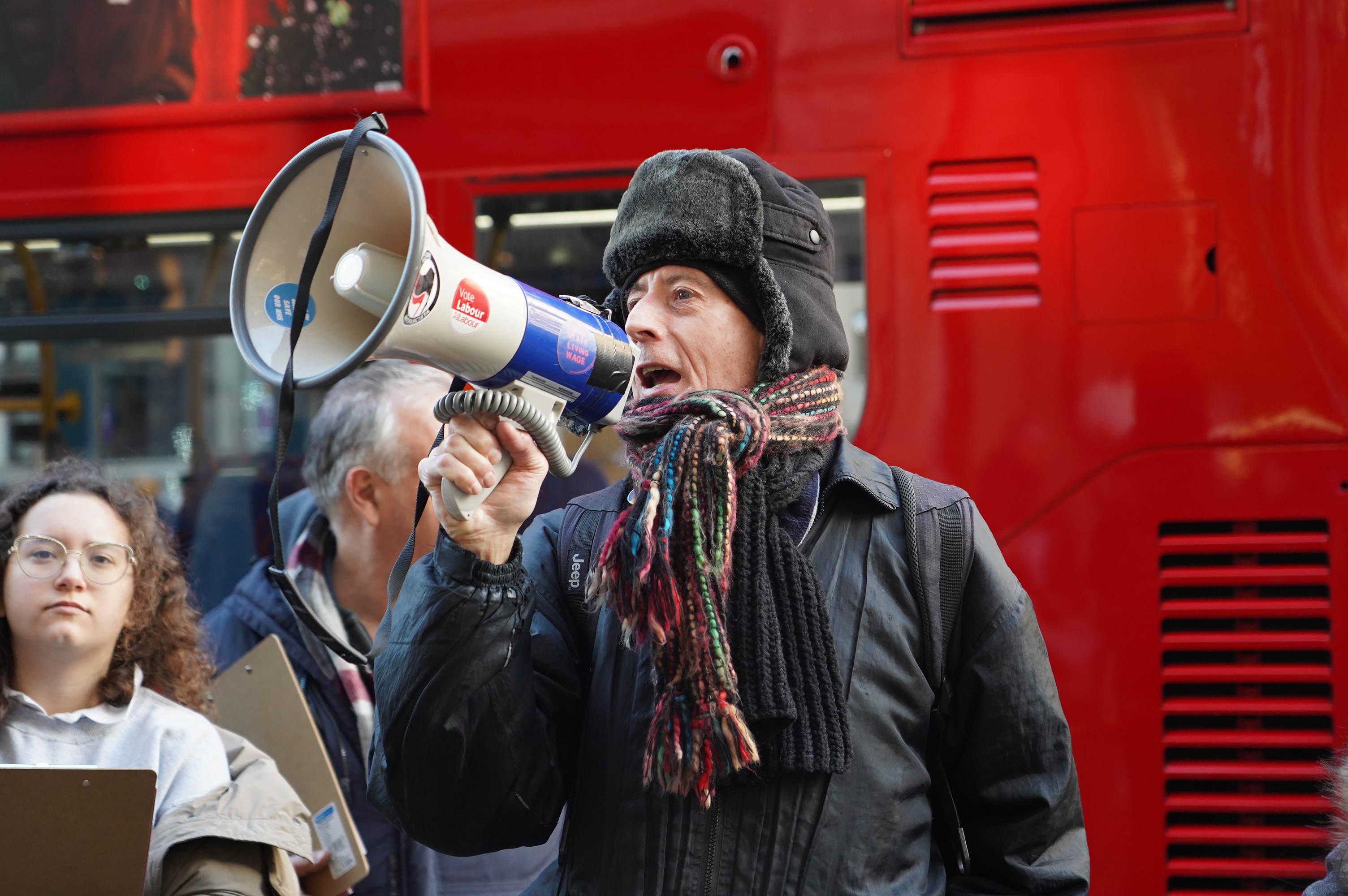 “China has almost as many billionaires as America” said Tatchell, before calling for the victory of workers all over the world. The activist also posted on his Twitter account to reiterate his solidarity with the workers at Foxconn.