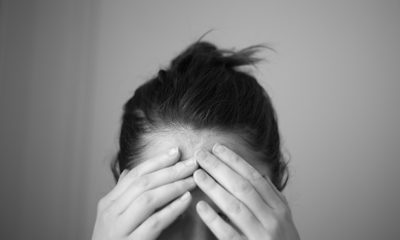 It is believed that some of the files on the server contained explicit content relating to minors.

Not yours to share. New on South Richmond Street. pic.twitter.com/50brAVtIKs

Megan Sims, a Limerick-based campaigner against image-based abuse, launched the petition months ago and is now credited as the person who brought to light (and aided the shutting down of) the forum on which around 500 users had shared more than 11,000 images.

Megan decided to become a campaigner in 2016, after she became a victim of image-based abuse herself and discovered that there was no legal recourse available to her.

Following widespread sharing of private images online without her consent, Megan joined forces with some other victims of similar abuse. Together they went to the Gardaí (the Irish police force), where they were told that “there was nothing that could be done.”

Ever since, Megan has been a strong proponent for change when it comes to Irish law on this matter.

“There definitely has to be some sort of law in place. Some protection and there has to be support for victims available – mental health supports. But still, there is no law there. There is nothing that can be done as of yet — and everywhere else in the world has it.”

The discovery of the image vault also saw the hashtag #Justice4Dara begin to trend. This refers to an incident which happened in 2017. CCTV footage captured journalist Dara Quigley walking down a Dublin city centre street naked. A policeman took a video of this footage using his phone and posted it online. It was widely circulated. A few days later, Dara took her own life.

At the time (as is still the case today), there existed no laws which criminalised the act of sharing these types of images without consent. The policeman who shared the video, an act which ultimately led to Dara’s death, faced no reprimands.

My daughter Dara Quigley took her own life after a video of her walking naked down a street captured on CCTV was shared to Facebook. It wasn’t a crime then in 2017 and it still isn’t. Time to make it one! #Justice4Dara #endimagebasedcrime

Are there currently any laws that protect victims of image-based abuse in Ireland?

The short answer is no.

At the time of publication of this article, it is not a criminal offence in Ireland to share explicit images or video footage of others without their consent.

The only existing legislation that comes close to covering this growing area of abuse, relates to harassment. The Non-Fatal Offences Against a Person Act of 1997 states that it is a criminal offence to harass a person to the point of distress or interfere with their private lives. Crucially, however, the law does not mention the unsolicited sharing of private images.

During the same year of the Dara Quigley case, a new law was proposed in the Harassment, Harmful Communications and Related Offences Bill.

Section 4 of the Bill states:

“A person who without lawful authority or reasonable excuse records, distributes or publishes, or threatens to record, distribute or publish, an intimate image of another person without the other person’s consent” and subsequently causes harm or distress the person should be charged with an offence.”

The Bill proposes that offenders of the law would be liable to a Class A fine or a prison sentence of between six months and seven years, depending on the case. Though the legislation was put forward by former leader of Ireland’s Labour party Brendan Howlin, three years ago, and despite rigorous campaigning for change since, it has yet to be written into Irish law.

The more people who support this Bill and who indicate their support publicly the better! It challenges the culture of using other people’s intimate images as entertainment which is abuse. #Justice4Dara #endimagebasedcrime

A move towards change?

Following calls for urgent action on image-based sexual abuse in the wake of last week’s events, Ireland’s Oireachtas Justice Committee is due to discuss the issue of legislation again, on Tuesday, 1 December.

The Irish Council for Civil Liberties (ICCL) sent suggestions for improvements to the proposed legislation based on international best practice to all members of the Oireachtas on Tuesday 24 November.

The ICCL has also released an official statement from Aileen Malone (mother of Dara Quigley) and will present a petition calling for Justice for Dara to Justice Minister Helen McEntee on 30 November.

Are there any laws against image-based sexual abuse in the UK?

Speaking of international best practice, how do the laws in the UK compare to Ireland? Somewhat better it turns out, though there are those that argue that the law remains less than clear-cut, which can lead to problems.

New legislation was written into English and Welsh law in 2015, which stated that it is a criminal offence to “Disclosure of a private sexual photograph or film without the consent of the person depicted, and with the intention of causing that individual distress.”

The law comes under section 33 of the Criminal Justice Act 2015. The following year, similar legislation was enacted in Scotland and Northern Ireland.

The law categorises image-based sexual abuse as a “communications crime” – a caveat which has become a cause for concern among victims’ rights groups because it means that victims are not necessarily granted anonymity. Without that guarantee, fewer injured parties are likely to come forward to report image-based crimes.

In addition to this concern, the law isn’t clear-cut. For example, the law assesses not only the extent of the damage caused to a victim’s life because of the crime but also the perpetrator’s intentions when they disclosed the images. It considers whether the accused intended to cause distress to the victim in the first place.