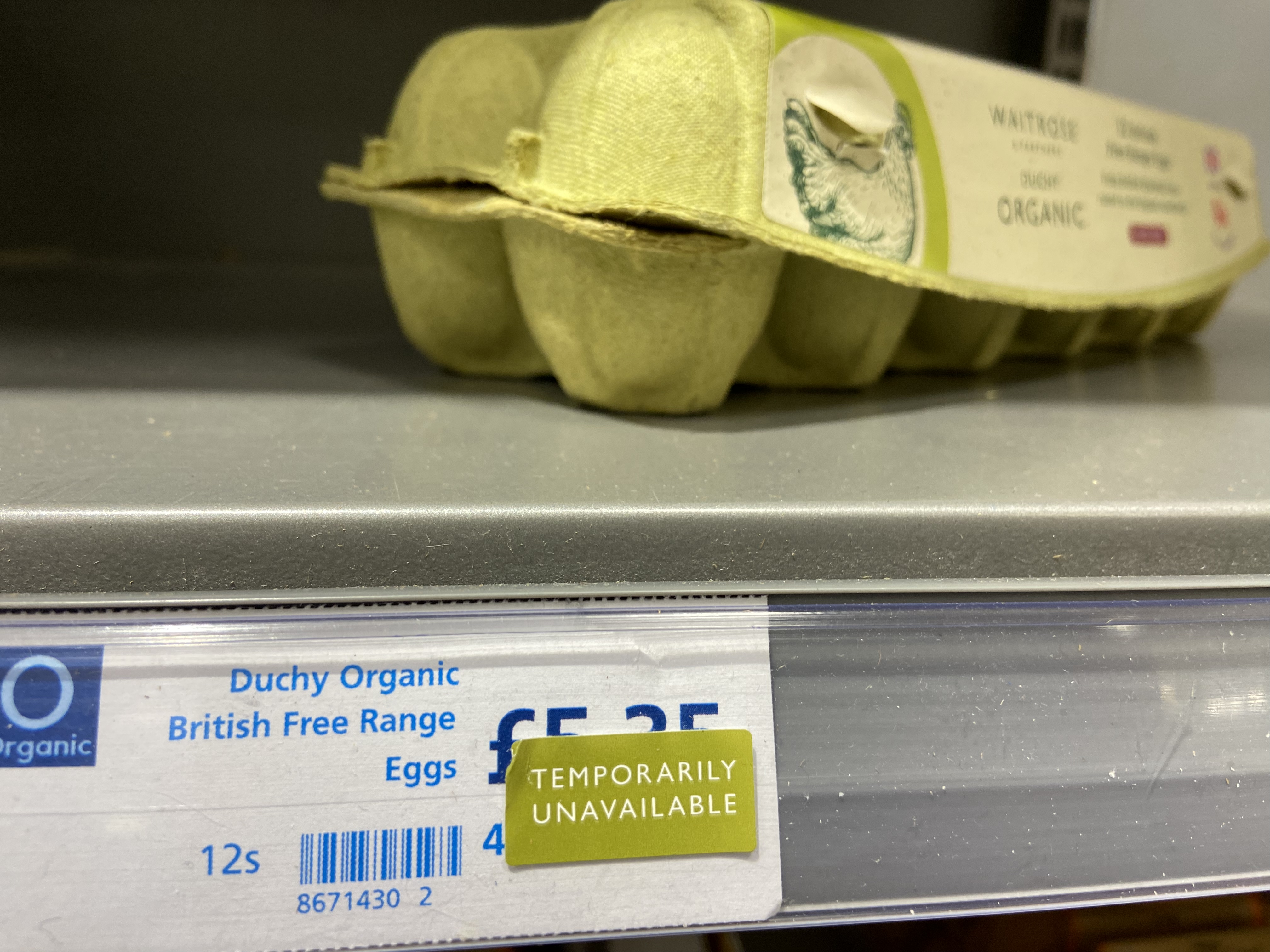 ASDA, Lidl, Sainsbury’, and Tesco have issued warnings of egg shortages. Avian flu may be one of the reasons, but perhaps the deeper reason is due to the rise in the cost for farmers.

“In the Sainsbury’s near where I live, all the eggs are sold out except the most expensive type, which cost £3.80 for only 6”, a student who lives around Goldsmiths said. On Twitter, users from all around the UK said that the eggs were no longer available.

The reporter spoke to staff from different supermarkets in different areas to find out what was going on. A staff from Waitrose said they were full of eggs and didn’t intend to impose rationing.

While an employee at a Marks & Spencer in the Westminster area said that “I have been informed by the company that we must keep an eye on the number of eggs customers bought for one time in case of emergency.” 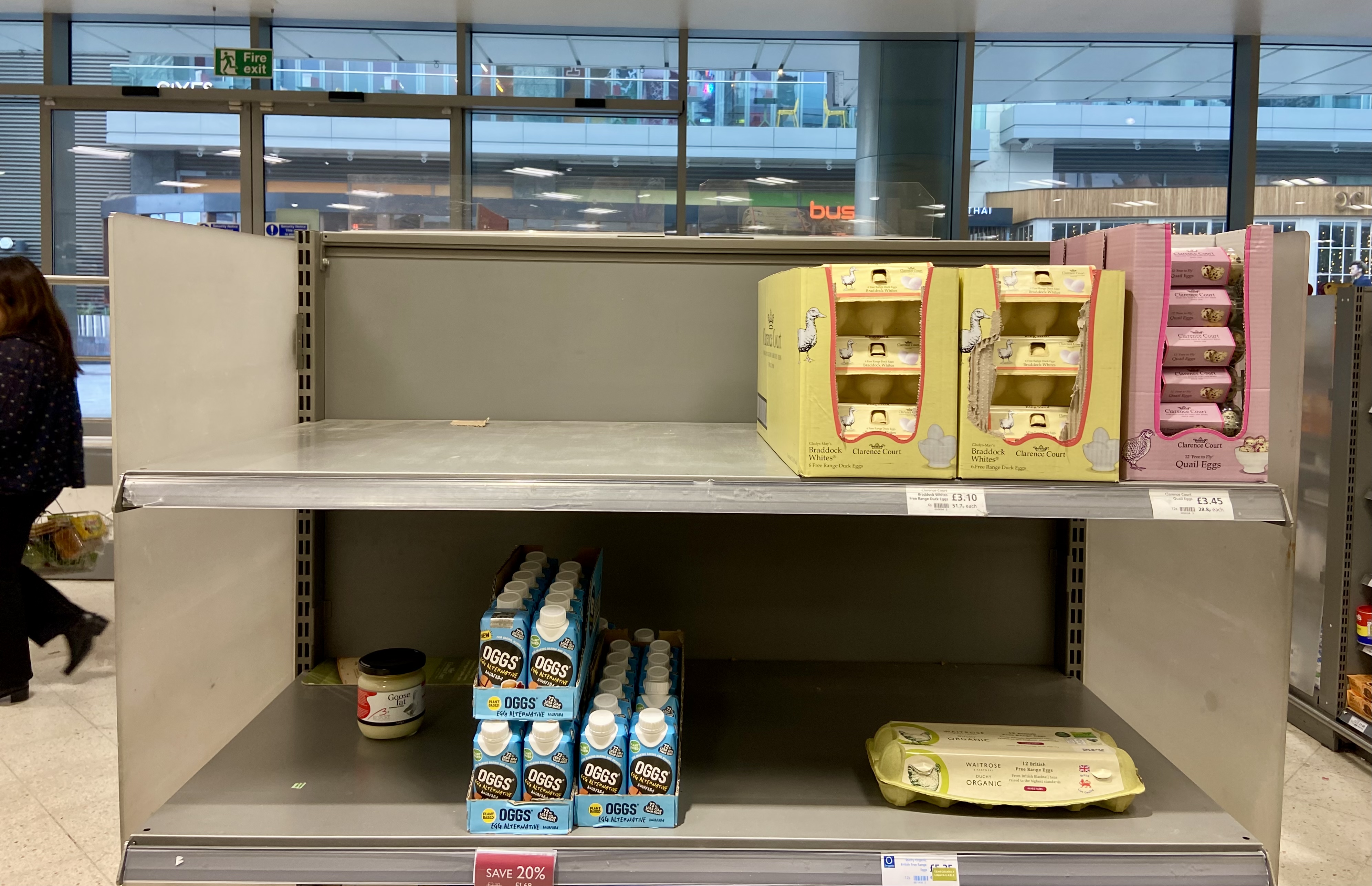 Facing this situation, plenty of contributory factors have been proposed by industry experts. The outbreak of avian flu seems to be one of the justifications for the egg shortage.

Earlier this year, avian flu was declared in Britain. Many infected birds had to be culled, thus reducing egg production capacity. But it seems not the main reason.

“We understand the difficulties the bird flu outbreak is causing for farmers; however, the laying hen population is approximately 38 million so it’s unlikely to affect the overall supply”, the Department Environment, Food and Rural Affairs (DEFRA) said.

Meanwhile, one egg farmer arose a great discussion on Twitter. He said the shortage reason was not avian flu at all, but that supermarkets were not paying farmers a fair price.

Here I go again! Media siding with the supermarkets. All farmers want is a fair price, they’ve already upped the price for you as the consumer why can’t it filter down to us so we can cover costs?? #payfarmersfair pic.twitter.com/7lCSiVgptc

This opinion got support from the industry. The spokesperson of the British Free Range Egg Producers Association (BFREPA) said: “Egg producers have been hit with huge hikes in production costs.” The members of them were losing “5-10p” of a 45p rise in the sale of eggs at the retail level.

They warned in a statement that “Feeding hens is now at least 50 percent more expensive than it used to be. Fuel expenses have increased by 30 percent, while labour and packaging costs have also increased”.

BFREPA chief executive, Robert Gooch said: “We have been warning for months that failing to pay farmers a price which allows them to make a profit would result in mass de-stocking or, worse still, an exodus from the industry.”

They are now asking Sainsbury’s for urgent meetings as imports from Italy and other countries replace British eggs on supermarket shelves.