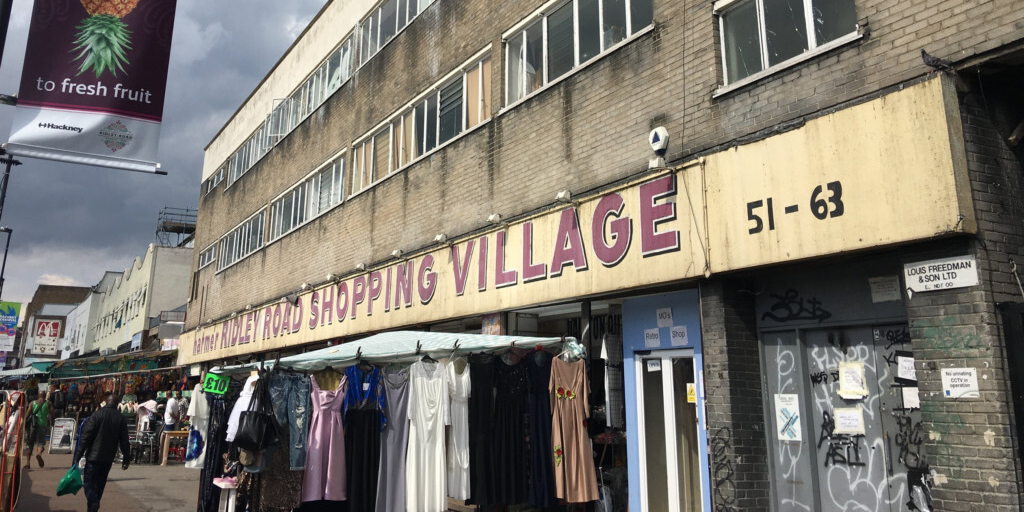 On December 6, community group Save Ridley Road responded to the news after tens of tenants on the building’s top floor were served with the notice.

❗️❗️ Ridley Road Shopping Village is under threat *again*. All of the artists on the upper floors have been served notice. We have no clarity about the developer’s plans, and very little time.

Please help us to get answers. Tweet @mayorofhackney with the following questions: pic.twitter.com/IPjC0tk6TL

Shopkeeper James*, who has two furniture retail units on the ground floor of the building, now fears for his livelihood: “I don’t know what’s going to happen” he said

Recently popularised by the BBC drama Ridley Road, the street in East London has long been famed for it’s diversity and controversy

James, who has been trading here for 15 years, said the landlord’s neglect, and now the impact of the pandemic, has “taken its toll”

When I spoke to him the Thursday after the notices were delivered, he had only sold one bed since Monday, which he says does not even come close to covering his costs.

Barry Mohammed, another unit holder who runs a clothing and beauty store on the ground floor, was equally unsure about whether, or when, he would be affected 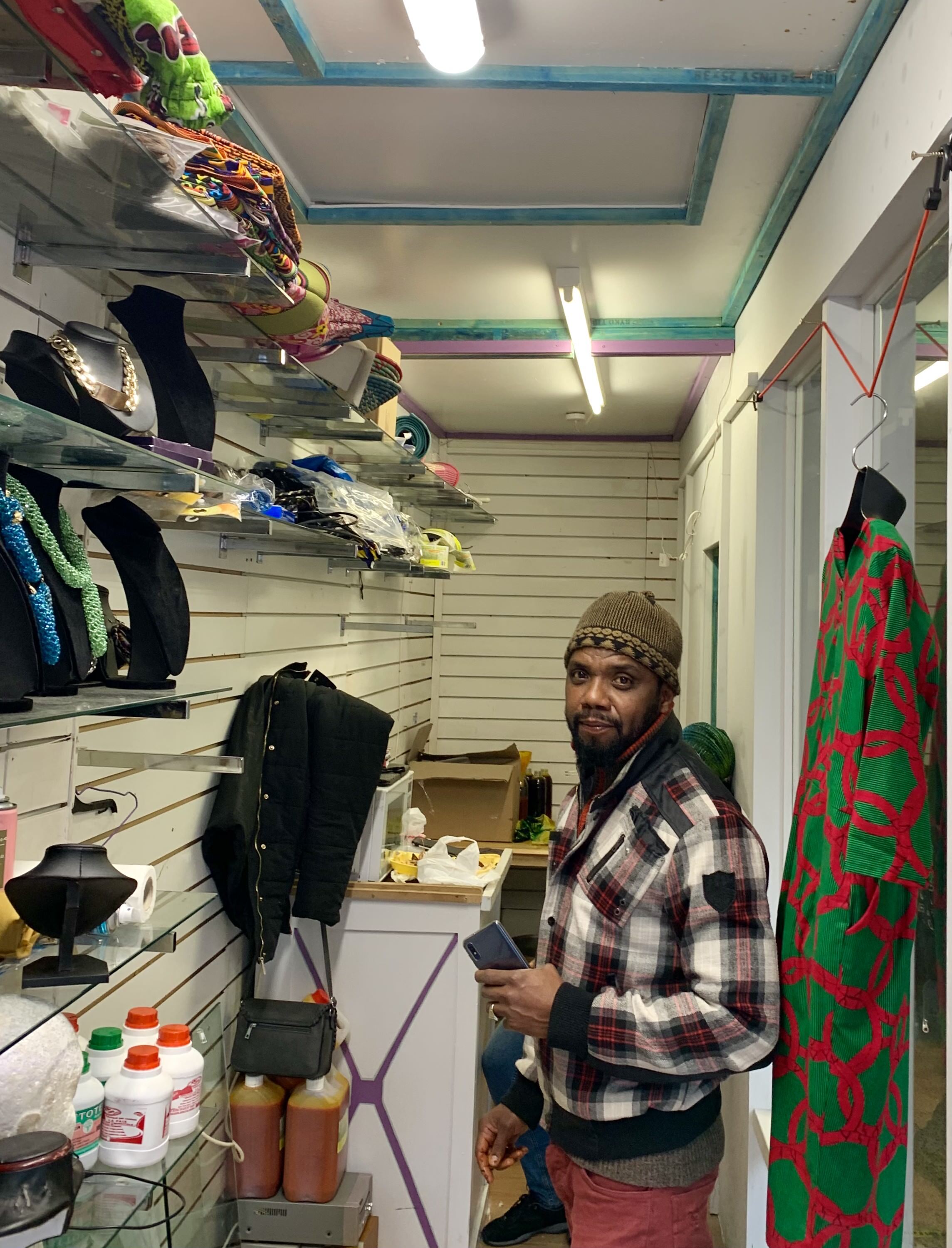 Barry Mohammed runs his small business from the ground floor of the building.

Both said the property owner had promised traders the first right of refusal on the redeveloped site, but James suspects this will be unaffordable and likely to be triple the £500 per week he currently pays.

According to the blog OPEN Dalston, this is the “last chance” to save the building and its tenants.

Warning bells for the redevelopment were also sounded by artist George Henry Longly, who runs Ridley Road Project Space from his studio in the building.

In the preview for his recent exhibition gogo mirrors, Longly is said to have described the show as a “farewell” to a space that had “an important social function alongside an artistic one.

“The blank space represents a literal washing over of a decade of experiences” as Longly and other artists face displacement from gentrification.

Last December, Hackney Council declared the Shopping Village an asset of community value, noting that its existing uses – including basement storage for 60 small independent traders, and the upper floors with studios for 60 artists and makers – furthered the social wellbeing and interests of the local community

The most recent redevelopment proposal included a loss of 39 units for small independent traders on the ground floor, and 50% of the basement’s market storage.

In addition, the two upper floors would be converted into “high standard” offices – with 10% classified affordable, defined here as 80% of market rates – and a third story would be added with “very high standard” luxury flats.

While the redevelopment takes place, 28 street stalls would have to be moved out of the way for at least 12 months

It is unclear whether the Ridley Road community will be able to revitalise the campaign. For now, tenants are on tenterhooks.