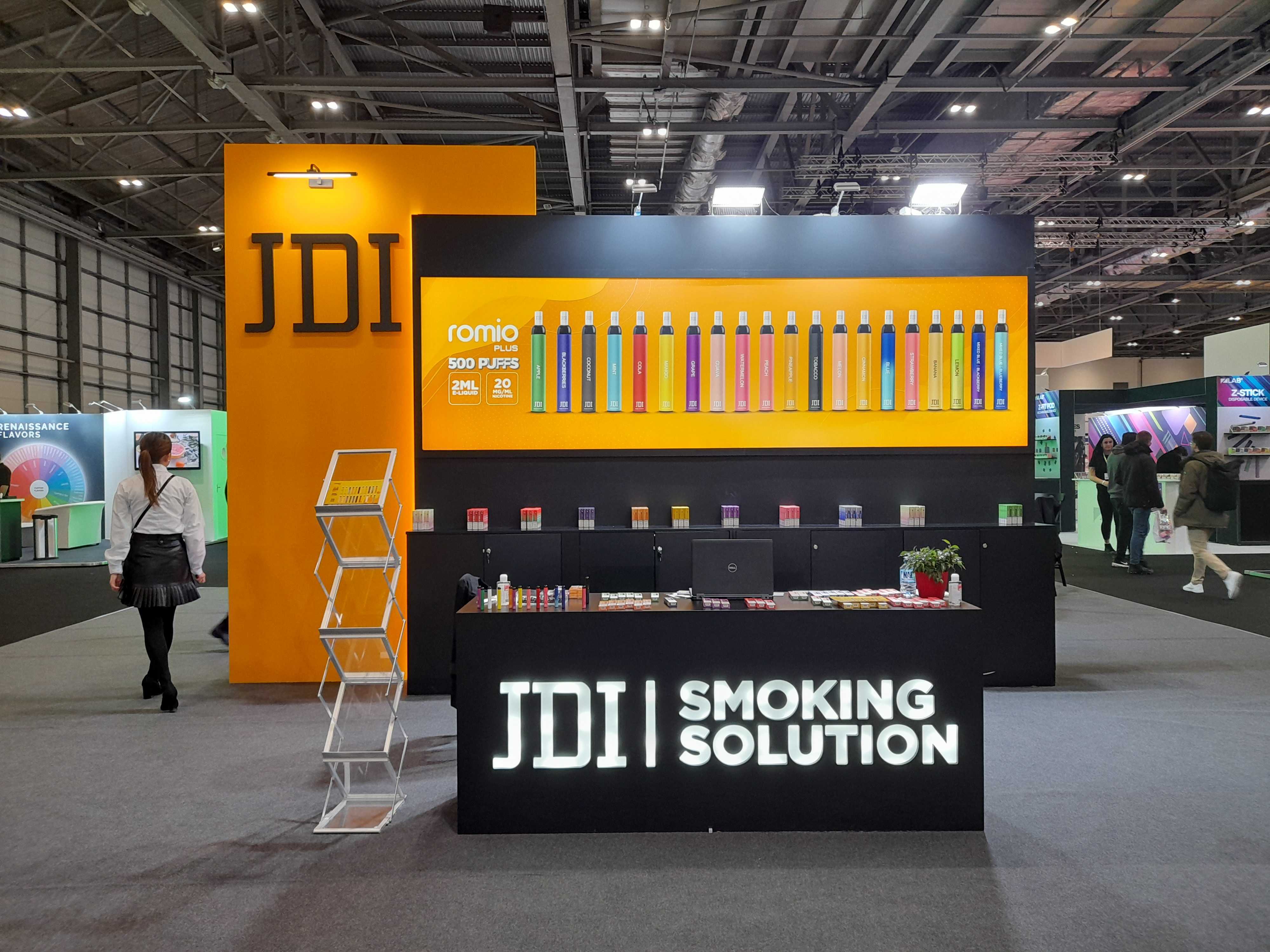 Flavoured vapes in colourful tubes, given out as freebies by young marketing wizards, literally, saw several e-cigarette smokers line up for them at the World Vape Show in London last Saturday, December 11

Hailed as the biggest convention of the vaping industry, the event brought together manufacturers and experts in the field from around the world and reignited the debate over promoting vaping in the UK. 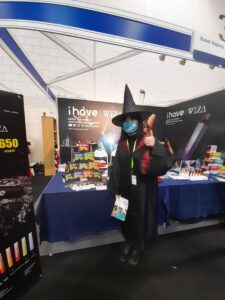 In October this year, Britain announced its plan to start prescribing vapes medically to people who want to quit tobacco smoking, making it the first country in the world to do so. This triggered a wave of jubilation and revolt, as the move goes against the WHO directive that recommends a prohibition or severe regulation of vapes, especially the ones where the users can replace ingredients with more harmful substances.

The Public Health England (PHE), however, through its research and consultation with scientists, has adopted e-cigarettes under its ‘harm reduction principle’, which stresses while these nicotine-based vapes are not fully safe, they can lower the damage done by tobacco.

Almost 64,000 people die due to cigarette smoking every year in the UK and with the plan to prescribe vapes, the country hopes to become smoke-free by 2030.

“We know that this [vaping] is one of the only things that genuinely work in persuading smokers to give up tobacco,” said Tom Gleeson, the co-founder of the New Nicotine Alliance (NNE) Ireland, who had himself quit smoking with the help of vapes.

“Going to the gym when I was smoking, compared to going to the gym now when I vape, is a completely different experience. My lungs feel a lot clearer,” claimed 21-year-old Rosh De Silva, a heavy smoker before. 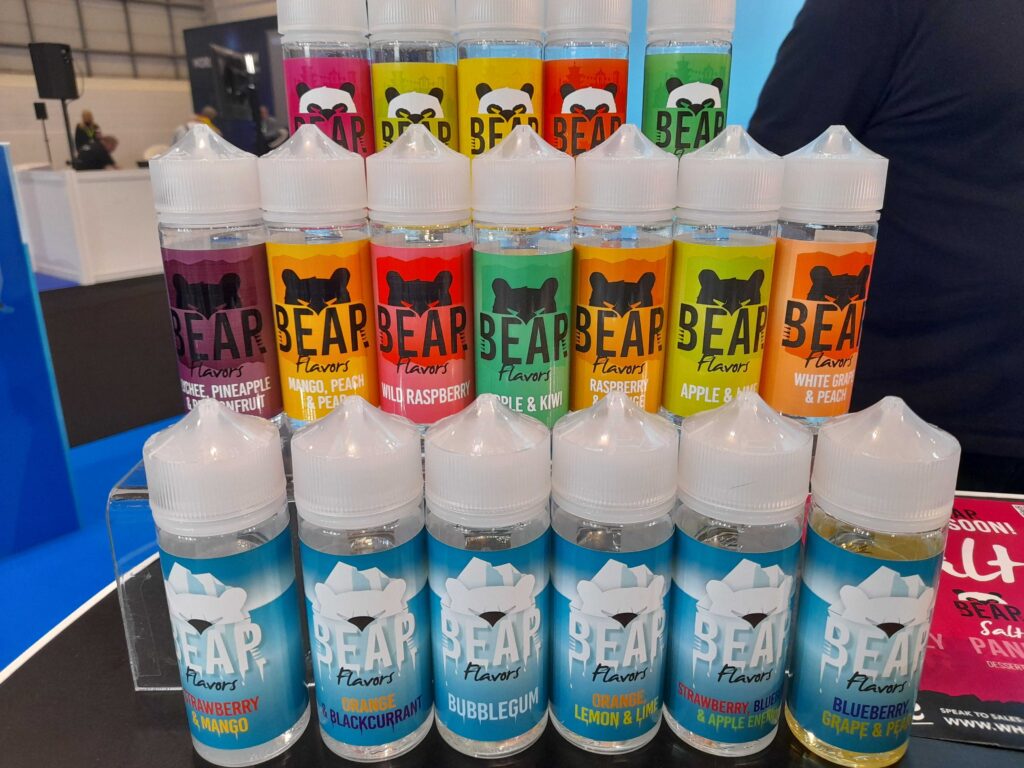 Different types of E-juices and Nic-salts

The e-cigarettes, pro-vape campaigners claim, do not fill the smoker’s lungs with tar and carbon monoxide like conventional cigarettes, making them much less toxic. But critics, like Professor Martin Mckee of European Public Health, fear that some of the vape flavours can be dangerous for the body and can attract young people who are otherwise non-smokers.

In one of his papers for the BMJ, he claims: “There are many other ways for people who cannot shake of their addiction to get their nicotine fix, none of which have the enormous downside of glamorising smoking again.”

E-cigarettes heat the vape juice and create an aerosol that users inhale. These vapours can reach deep in the lungs and can damage the sensitive lung tissue irreversibly, but that does not stop 18-year-old Mahi Chavda, an attendee at the show, from vaping. In fact, her dad buys her vapes to monitor her usage. 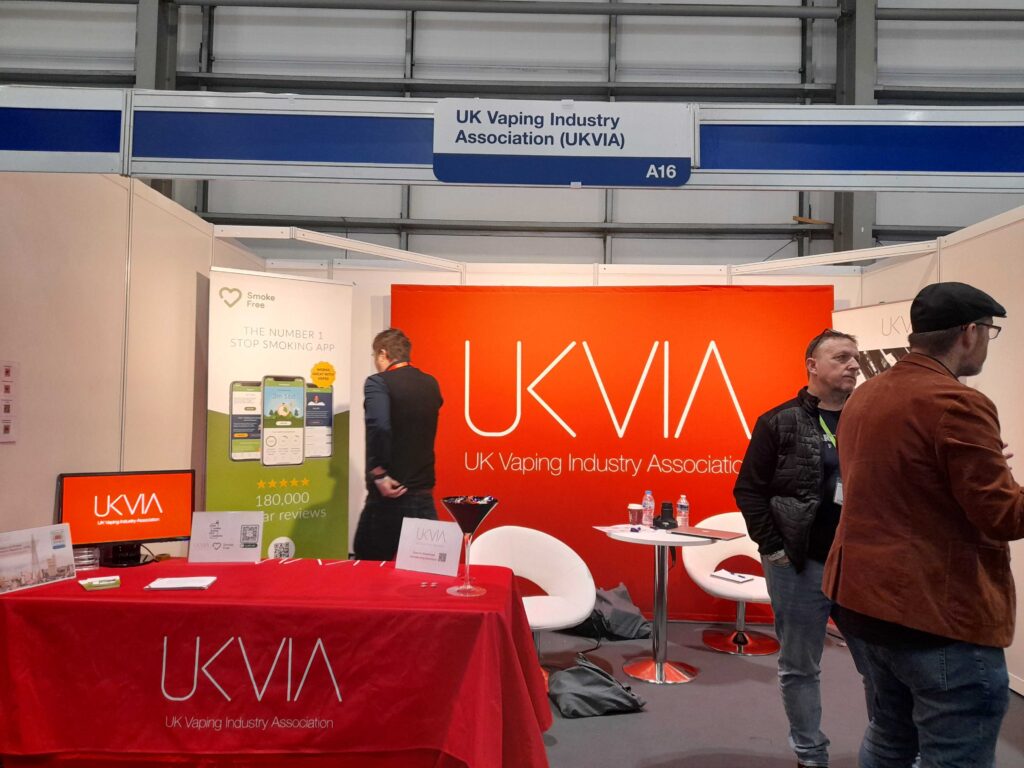 But not all youngsters have the benefit of parental supervision or the awareness of the right products to consume, and they can get their hands on the ones that can be unsafe. In 2019, in America, 68 young vapers had died of inhaling harmful substances and vapes, especially the flavoured ones, got banned in over 20 countries like India, Thailand, Brazil and South Korea.

But manufacturers argue that these flavours are essential to make the vapes more appealing to smokers, and banning them would be counter productive. In an interview with the Raven, Professor Alan Boobis of Imperial College London, echoed the thought.

“Reassuringly, the available data do not suggest that there is an epidemic of vaping among the young in the UK. But we should do what we can to ensure that does not happen,” Boobis reiterated, advocating for strict regulations over the marketing of these products.

Then there is the question of the market being flooded with illegal vape and modifiable vape products that can do more harm than good. “There is concern that if user-modifiable devices are widely available it increases the likelihood of abuse [illicit drugs, high nicotine concentration] and also to less quality control, to minimise the presence of contaminants,” Boobis added. 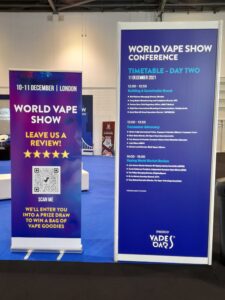 The UK Vaping Industry Association (UKVIA) is currently the body that supervises such illicit vape products and has so far raided many sellers who put the products on sale before they are licensed. John Dunne, the UKVIA director-general, shared: “We have a task force that investigates these things…on an average in a month we get 30-40 such reports of products being sold that shouldn’t be on the market.”

While it still remains to be seen whether the doctors will actually end up prescribing e-cigarettes medically, the vaping manufacturers see the UK as a beacon of hope that the other countries must follow. The benefits of vaping, to campaigners like Gleeson, far outweigh the risks.

“Alcohol is very damaging for the body too, but there is no stigma attached to young people drinking, as it is accepted as a part of the culture. Whereas, vaping can actually save lives,” avid vaper Rosh De Silva said.