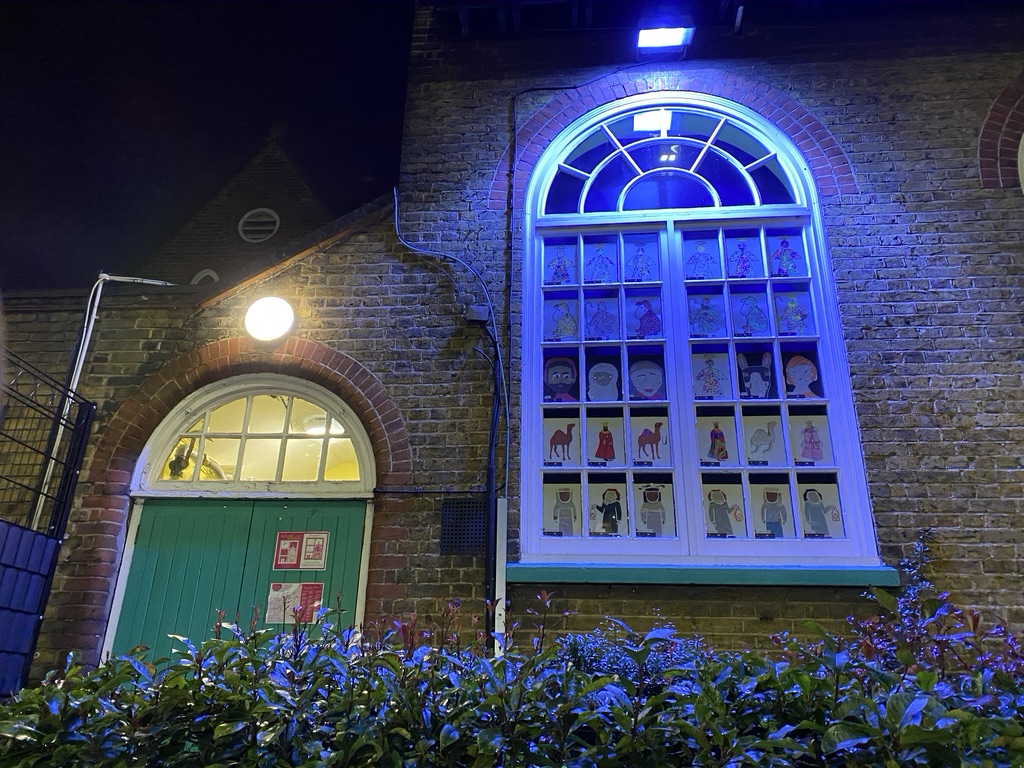 The Advent Windows event in Greenwich has become an annual Christmas tradition for locals and in its 14th year it has returned to light up the streets during the pandemic.

The event run by St. Alfege Church sees schools, shops, pubs and homes across Greenwich produce the living Advent Calendar, revealing a newly decorated window on each day from December 1 to 24. Once all 24 windows have been opened it takes an estimated three hours to see them all.

For Maureen Stapleton, who took over as coordinator for Advent Windows seven years ago, it was particularly challenging to organise this year. 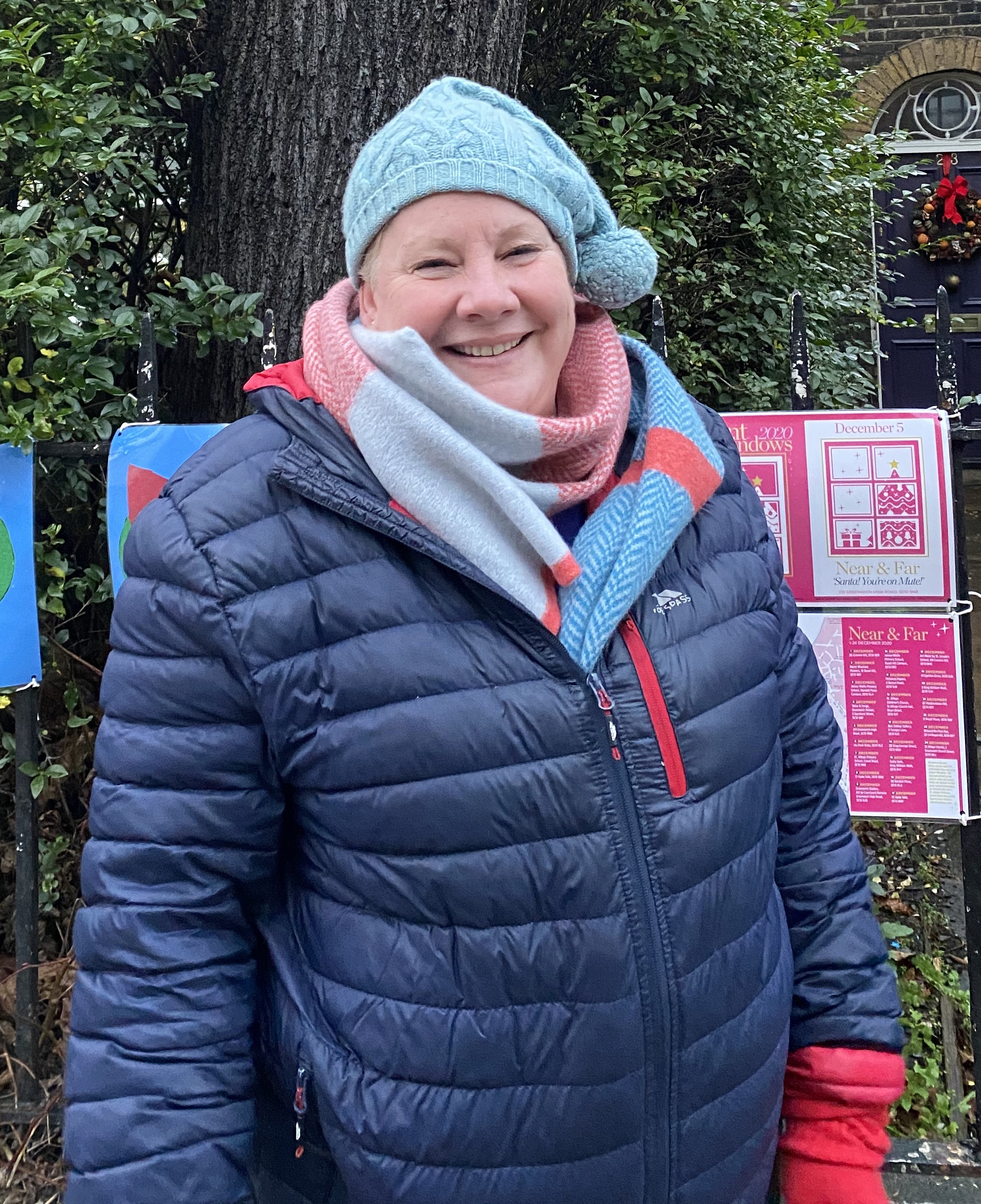 Maureen has been the coordinator for seven years. Photo:Mio Matsui

Maureen said: “Some businesses which had signed up to participate withdrew after the announcement of England’s second lockdown.”

However, Cutty Sark on the bank of the Thames and the pub Richard 1st near Greenwich Park decided to decorate their windows as they have done in previous years. 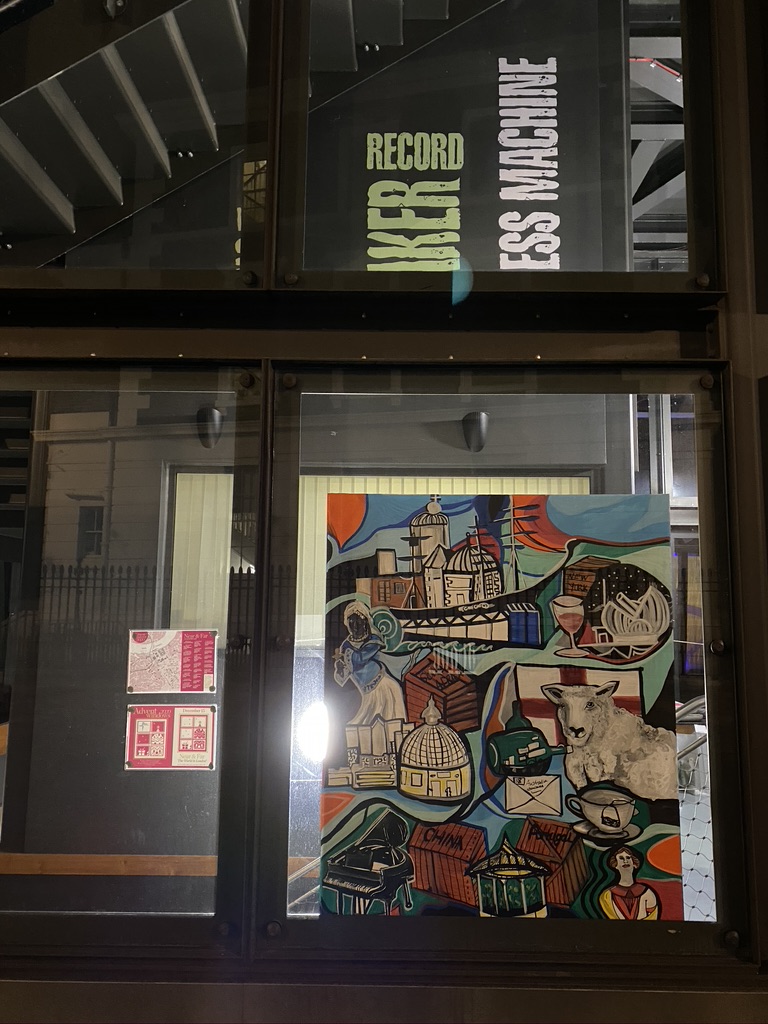 Maureen has found it more important to carry out Advent Windows this year than ever.

“Christmas cheer is what we need the most these days, which have been hard for everyone.” she said: “If Advent Windows contributes to making anyone feel more Christmassy, that’s really nice.”

With so many indoor events cancelled, Advent Windows is one that is entirely outdoors.

Gill Moody, wife of the former vicar at St Alfedge Church, came up with the idea of festive windows inspired by Swedish tradition of hanging lighted stars in windows during the Advent season. Her primary aim was to spread Christmas cheer.

James Wolfe Primary School, the campuses of which opened windows on December 3 and 10, shared Maureen’s belief.

They stressed the importance of Christmas joy on the Advent Windows website: “So many of our annual school traditions have had to change. However, one thing that has not changed is the awe and wonder of our children, who are keeping the Christmas spirit alive.” 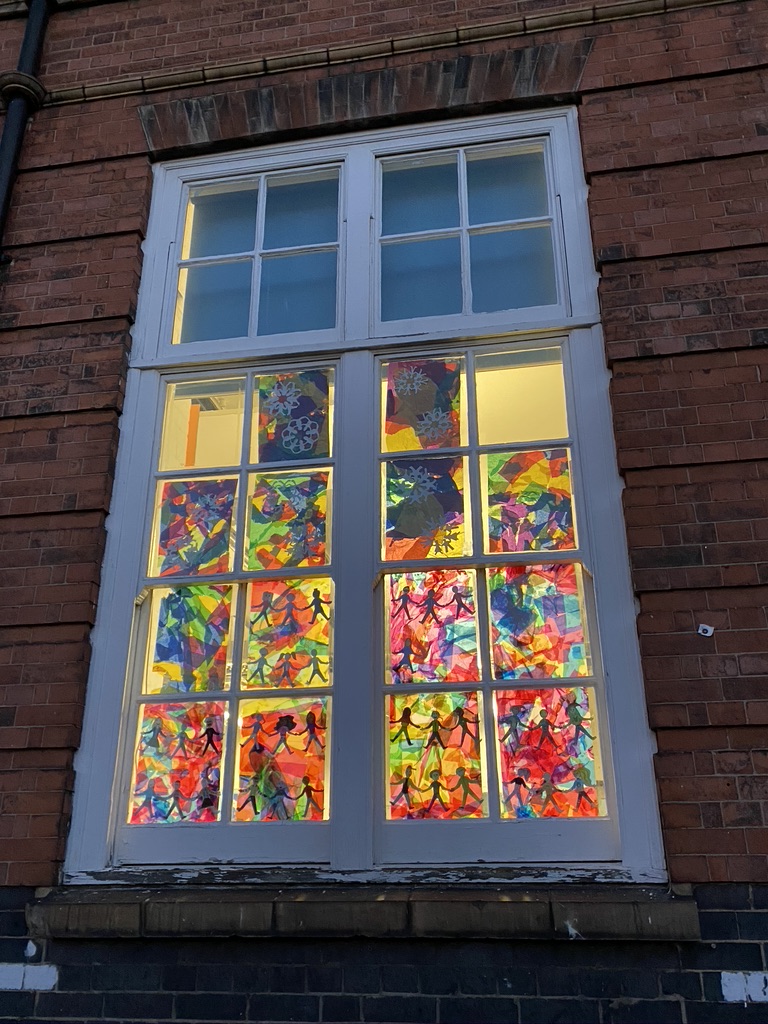 Maureen also says Advent Windows has had an integral role in strengthening a community’s bond in Greenwich. “Advent Windows makes you feel part of that friendlier community. It’s like we were all in the same boat together. We could find ourselves less alone.”

Ben Oakley Gallery in Greenwich Market expressed community friendship by displaying two recognisable hands on their window. They commented on the Advent Windows website: “We all could use a helping hand during a challenging 2020.” 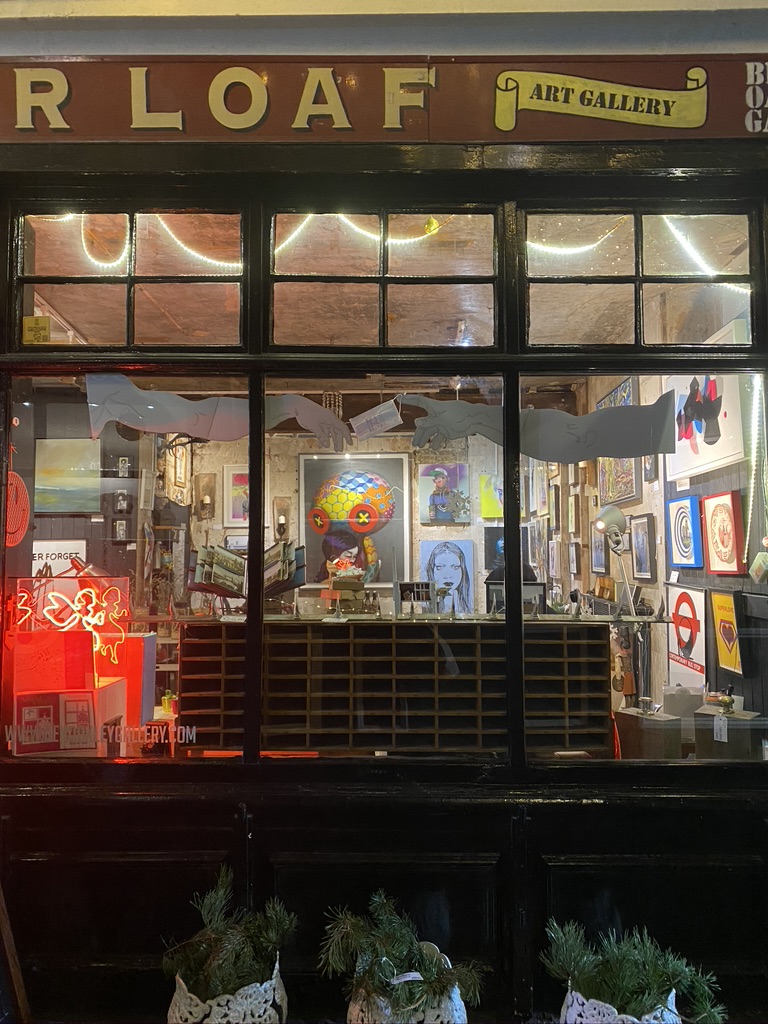 Greenwich Advent Windows now attracts not only the locals but also people from other boroughs.

Maureen came across a couple from Lewisham who had Advent Windows’ official map. “They told me they come every year. Our windows make them take an annual trip.” There are also some running and walking groups, viewing all the 24 windows revealed after Christmas.

Somebody made this from lollipops and ornaments and it brought such cheer to my walk #adventwindows pic.twitter.com/g29tEgAmAh 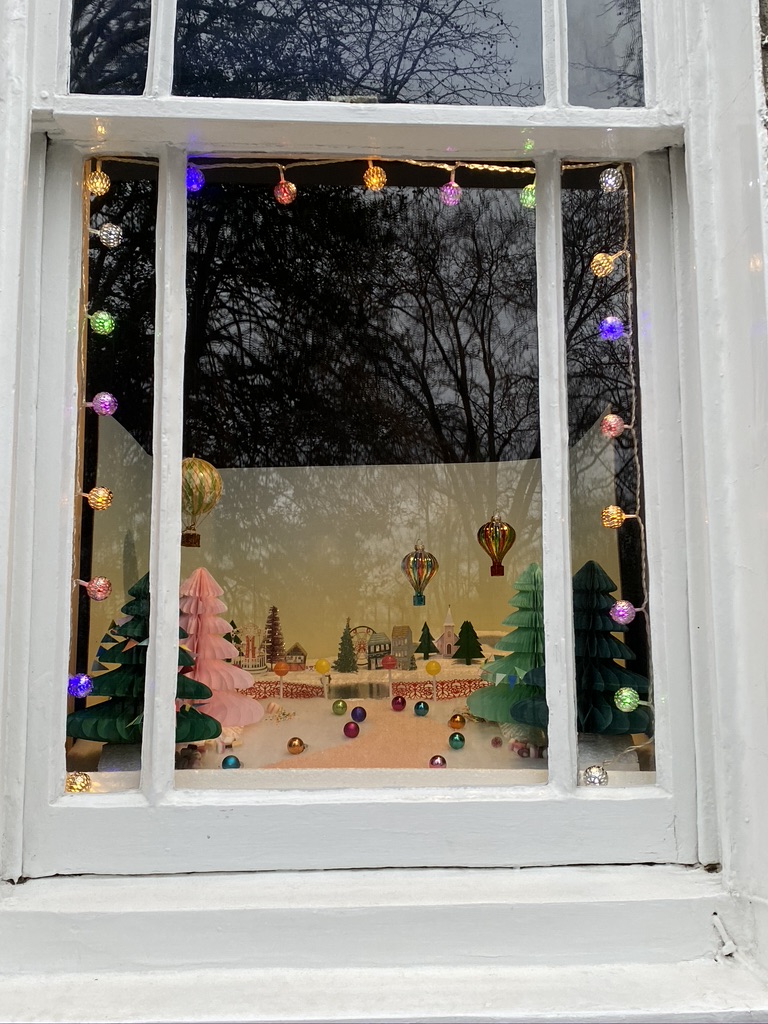 The garden looks like it was made from lollipops. This window opened on the first day of Advent. Photo:Mio Matsui

The number of visitors to the festive windows has been larger so far this year than previous years according to Maureen.

“We cannot have Christmas parties or travel due to the pandemic. Enjoying Advent Windows is a way to celebrate Christmas that is allowed to us as it is entirely outdoors.” 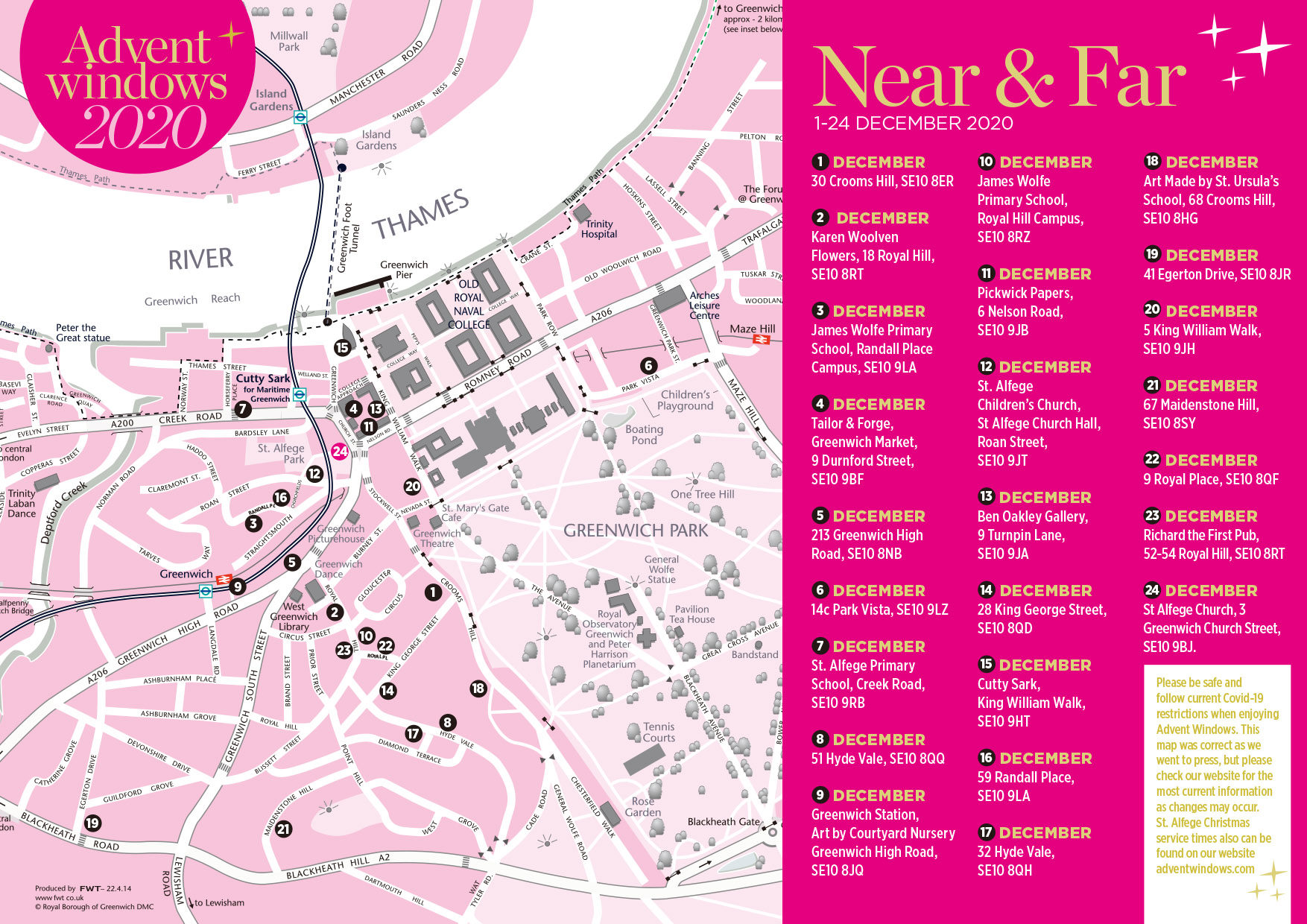