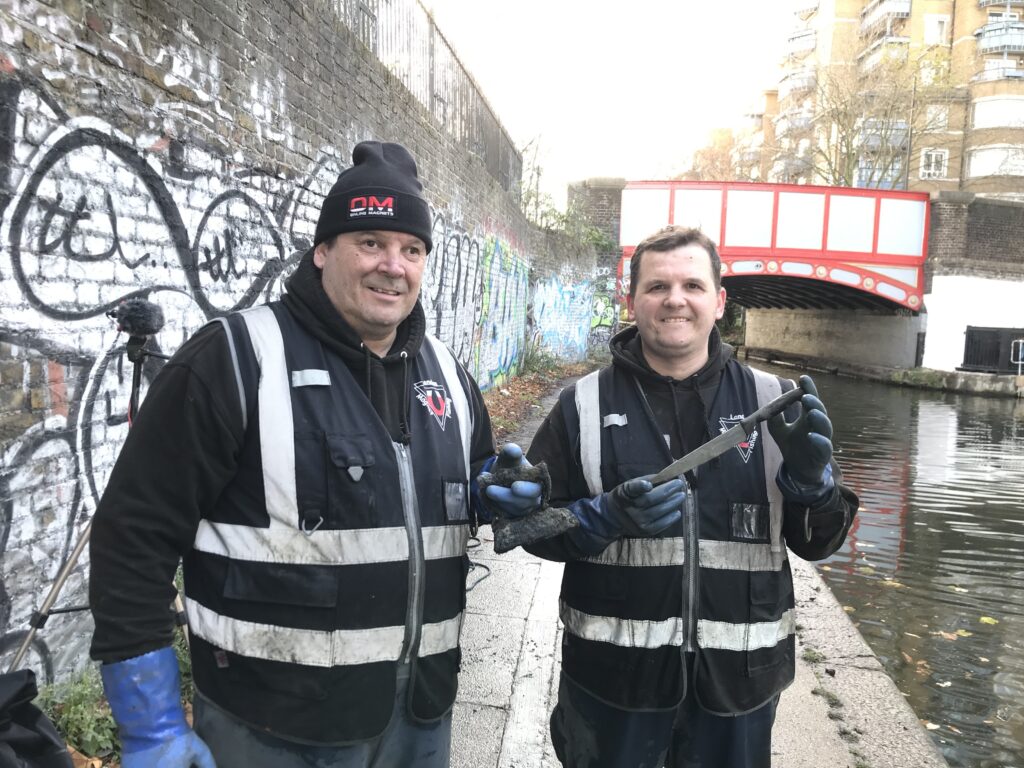 Have you ever walked along a canal towpath and wondered what lies underneath the murky water? Traffic cones, shopping trolleys, three headed fish? We met up with one father son duo who have been using magnets to find out.

John and his son, also named John, are native East-Enders and began magnet fishing during the first lockdown in 2020, “we started it just as a way to keep busy,” said John Sr, “now we’re completely hooked.”

The concept behind magnet fishing is simple, you attach a powerful magnet to a length of rope and chuck it in the water, anything magnetic will stick to it and it can then be dragged it to the surface. With growing popularity in cities like London, Birmingham, Manchester and Glasgow, all kinds of fascinating finds have been made by magnet fishers, as you can imagine, not all of it is entirely safe.

After binge watching their strangely therapeutic YouTube videos for a couple of days, I arranged to meet up with the Johns on a stretch of the Grand Union Canal, just west of Paddington’s boho moorings at Little Venice.

“If you find a gun today, you’re the one that’s gotta deal with it,” said John Sr, “last time we had to wait four hours before the police arrived and then they wouldn’t even touch it, they said it was too unstable and had to put it into ballistics bags.”

The gun on that day was a loaded revolver from the 1950’s, one of five that the pair have found this month alone. Pulling dangerous weapons out of the canals is so common that it no longer fazes the most experienced, “we’ve had pump-action shotguns, starting pistols and countless bullets and knives,” says John Sr. 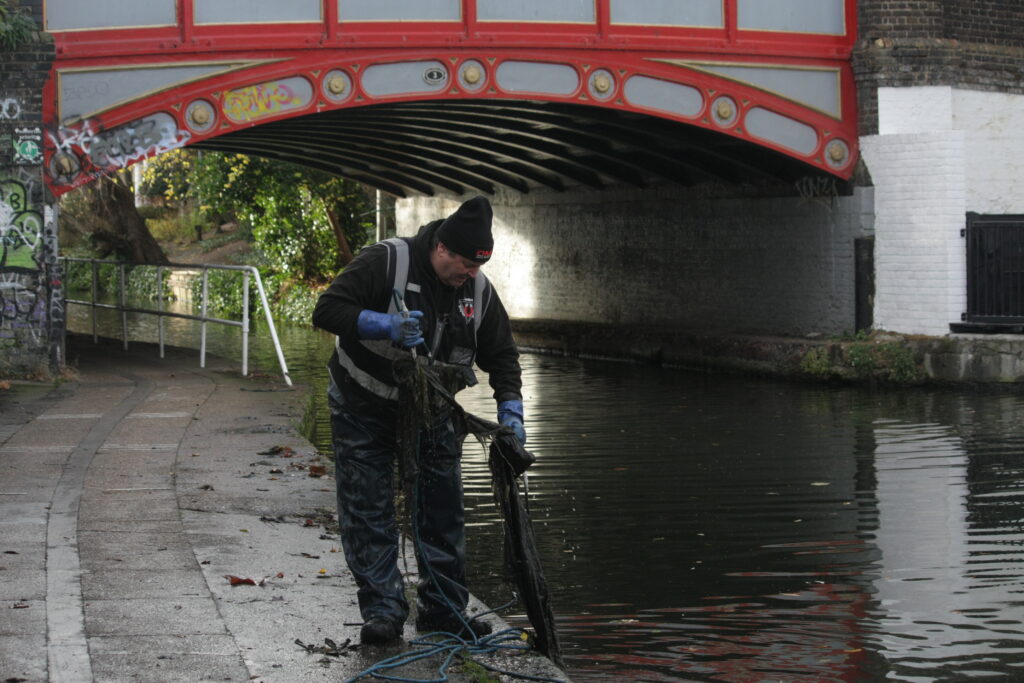 The guns in the UK’s urban canals tend to be of a certain vintage. A quick search on YouTube will give you a selection of videos of men in waders finding bin-bags full of shotguns, revolvers, and occasionally army issue submachine guns. In Eastern Europe, magnet fishers regularly pull complete machine guns, mortars and other things that could probably still turn you into sashimi from the bogs and rivers of Russia, Poland and Ukraine where some of the WW2’s bloodiest battles occurred.

The accessibility of this underwater arsenal hasn’t escaped the notice of the authorities. In December 2020, the Canal and River Trust (CRT), the body responsible for maintaining Britain’s canals, asked people to stop magnet fishing, citing unexploded Luftwaffe bombs as a pretty good reason not to.

“I pulled out a hand grenade once, but it turned out to be a dummy,” said John Jr, “that was funny though, they had to shut off the entire tow path and get the bomb squad out.”

Today, our haul is a little more civil. We do also find what John tells me is a railway explosive, “the workmen basically clip it onto the tracks and if a train goes over it lets out a loud bang which alerts the workmen and the driver know that they better be careful.” – its not quite a landmine, but I’ll take it.

Before I arrive, the boys find three knives, one of them being a bone handled butter-knife that’s more reminiscent of Bargain Hunt than Top Boy. The best of our finds for the rest of the day consist of a typewriter, three complete bikes, a vintage iron, some tools and various bits of canal boat. 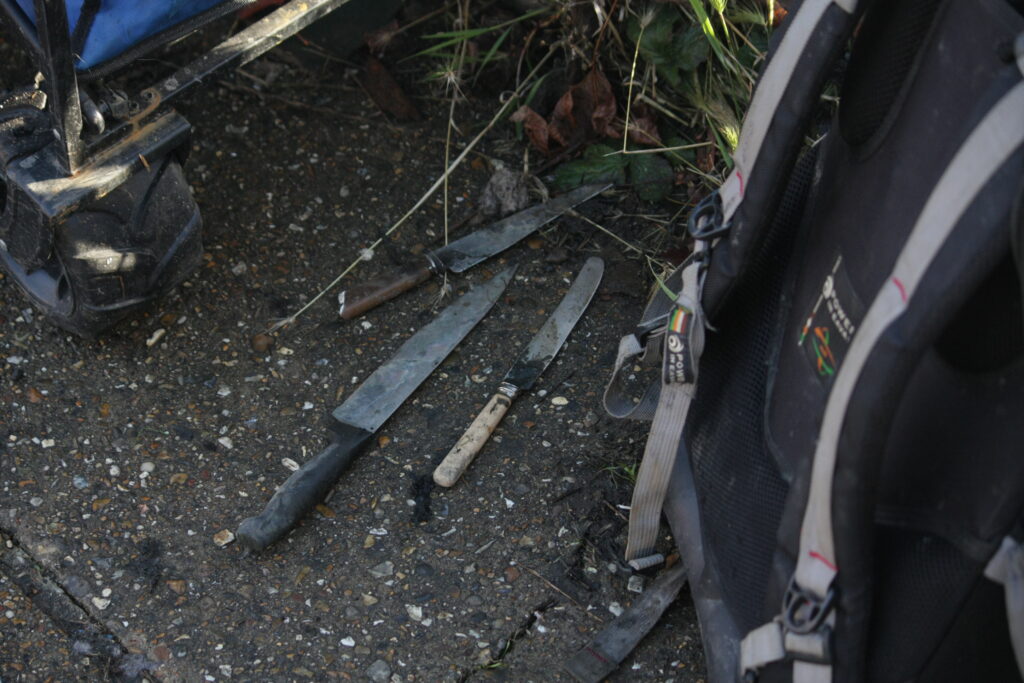 “We do it because we like cleaning up the environment more than anything,” John Sr tells me, “the magic is that with each throw you still never know what you’re going to find but all of it’s cleaning up the canal. In our time we’ve probably pulled 100 tonnes of metal out of the canals.”

Magnet fishing is not strictly legal in the UK. A 1965 bylaw  forbids people to “Dredge or remove coal or other material from any canal.” The law was written back when canals were still an important part of Britain’s industrial infrastructure and was designed to stop cheeky workers ‘accidentally’ dropping lumps of coal off the barges which could then be extracted and sold. No one has ever been prosecuted under the law.

Despite the law and a few warnings, the CRT largely leave magnet fishers alone because of the amount of work they do in clearing out the canals. The Johns and other magnet fishers regularly recover complete motorbikes, batteries and other bits of machinery that would otherwise continue leaking oils and acids into the water for years to come.

What surprises me the most is the sheer amount of plastic that gets snagged on our ropes. In a couple of hours we’ve collected so many shredded plastic bags and scraps of clothing that it’s hard to believe there’s anything natural on the bottom of the canal at all.

Everything the boys find is disposed of responsibly. All other waste is left in bins and the metal is collected by scrapmen to be recycled, “we don’t get any money for doing it either, just the satisfaction,” says John Sr, who reassures me that even the filthiest pieces of sludge covered rusty metal can be melted down and reused. 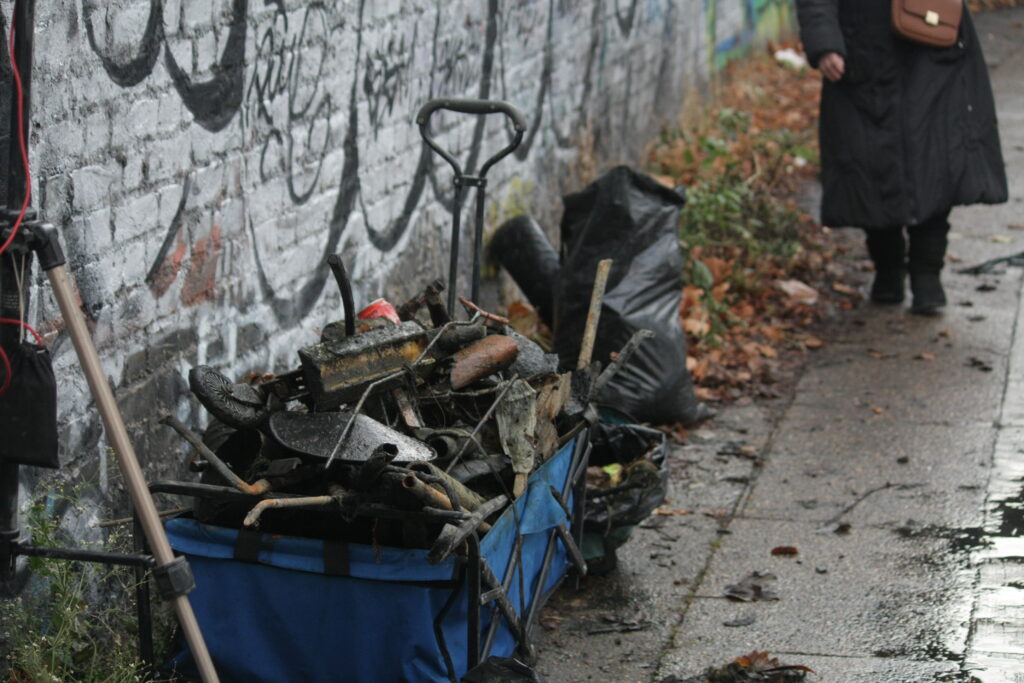 The boys also make a point of cleaning all the areas they work to make sure they don’t leave behind any stinky canal sludge or scraps of rusty iron that could get stuck in bike tyres or dog’s paws.

As the day ticks by, it’s easy to see the appeal of magnet fishing. It’s hard to explain the thrill of dragging a 10ft scaffolding pole out of the black water but it’s quite exhilarating. I say that I’m having my last go about four times before I actually put the magnet down.

Magnet fishing isn’t for the socially anxious, all day long the well-to-do citizens of Paddington come up and stare at the mountain of scrap accumulating on the canal side “such a marvellous job you’re doing, just fantastic,” most people say as they stroll by, “I think that’s my friends BMX, it was stolen last week” says another.

It doesn’t take much persuading to convince some of them to have a go. One man, appropriately dressed in moccasins and a knitted scarf is thrilled when he pulls out three pence and a lump of non-descript iron. The Johns plan to run some have a go days when the weather picks up in the new year, for anyone else eager to have a dip. 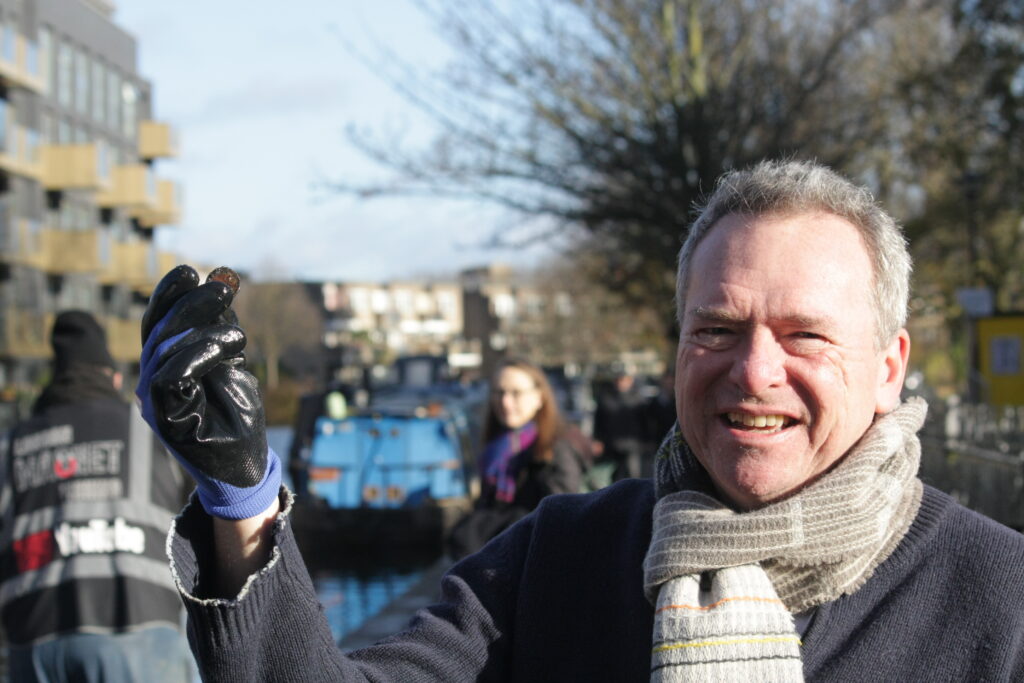 As the early December evening draws in, we begin to pack up for the day. In the summer the boys will keep going well into the evening but at this time of year they’re forced to finish by early afternoon. Looking out over our rusty pile of tressure gives me the warm satisfaction of a good day’s work. I’ve got wet socks, I’m covered in sludge and I’m wearing the distinct scent of eau de Grand-Union, all worth it in my opinion.