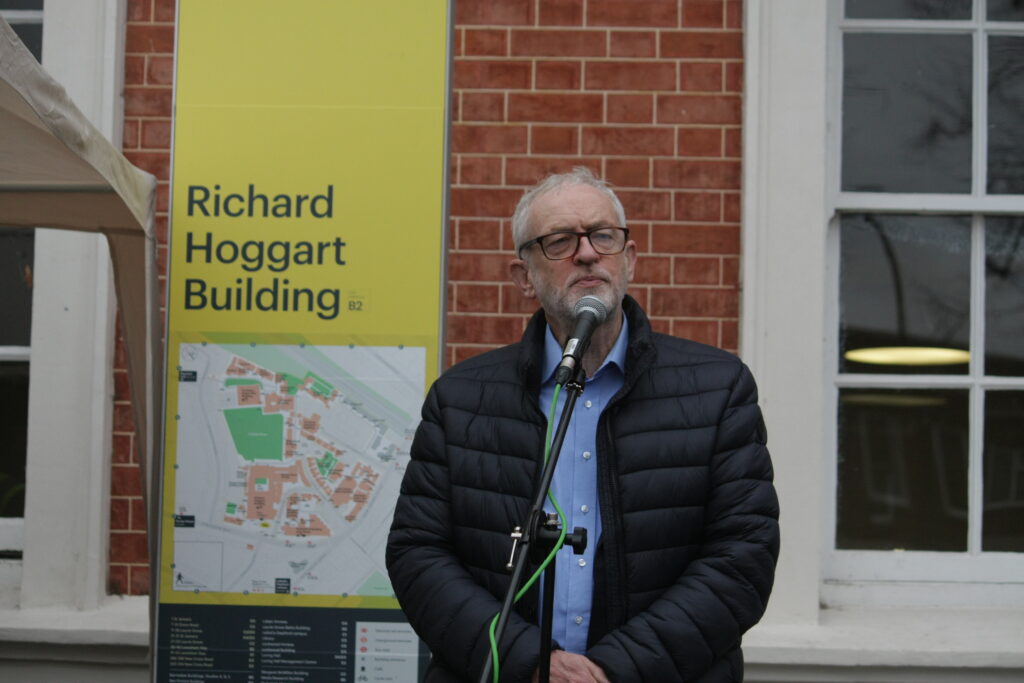 Jeremy Corbyn spoke on the picket line yesterday as the initial phase of the Goldsmiths UCU strike against threatened mass redundancies reached its conclusion.

The former Labour Party leader and MP for Islington North received a warm welcome from the large crowd of students and staff as he took the podium outside the Richard Hoggart Building.

“There is a fundamental dispute here, and that is whether our places of education are places of learning and experience or places of commercial exploitation,” said Corbyn during his speech in which he also accused the management consultants that have been hired by Goldsmiths of “wanting to turn education into a commodity”.

Mr. Corbyn, whose 2019 manifesto included several education reforms such as the formation of a National Education Service and the abolition of private schools, went on to tell the crowd of a similar picket line he attended in Liverpool, which ultimately resulted in a victory for the unions. 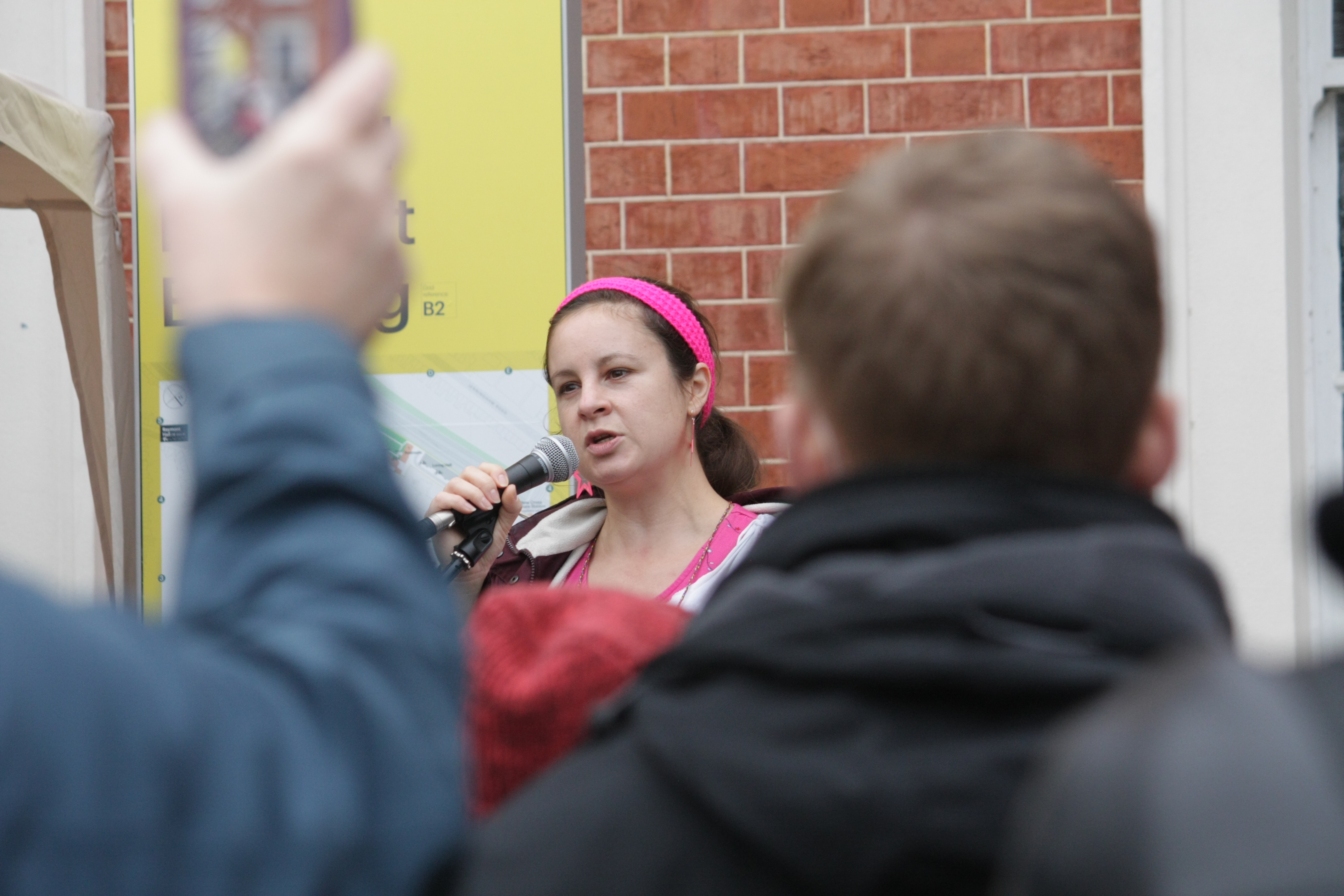 “(That was only possible) with the support of the people of Liverpool and of all the unions within their university,” said Corbyn, “we’ve only come this far (at Goldsmiths) because of the strength of the student body, because of solidarity and because of the unions.”

Corbyn went on to encourage those in attendance to “be active in a union in all circumstances.”

When asked by the Raven about how students should respond to the ongoing strike, Mr Corbyn said that while he appreciates it’s a difficult time for students and their teachers, “taking a stand now means a better university experience in the future.”

“Being on the picket line is also an education in itself,” he added, “you talk to each other in totally different circumstances and also talk to teachers from different departments in a different way.”

“Yes, it’s not easy and I fully appreciate the great deal of money you are all spending on fees and living, so I greatly appreciate your sense of understanding and solidarity because It’s essential that we have an alternative to the marketisation of education and that is exactly what our policies, which are still there, are for.”

Mr Corbyn’s proposal to scrap tuition fees remains official Labour Party policy, whether this will be the case come the next general election remains to be seen.

“I would urge everyone to get behind those policies and put pressure on MPs, councillors and local Labour Party branches to maintain those policies,” said Corbyn.

As well as Mr Corbyn, the crowd also heard speeches from members of staff who have had their redundancy notices withheld and by the president of the UCU, Vicky Blake, who thanked the crowd for “standing up for what is right and standing together.”

Monday marked the end of the initial GUCU strike and the beginning of “industrial action short of a strike.”

Last week, GUCU members voted in favour of extending the strike into the new year if the senior management team continue to ignore their demands, although official plans have yet to be announced.

The warden of Goldsmiths, Frances Corner, has accused the GUCU of “refusing to join talks” over the dispute.