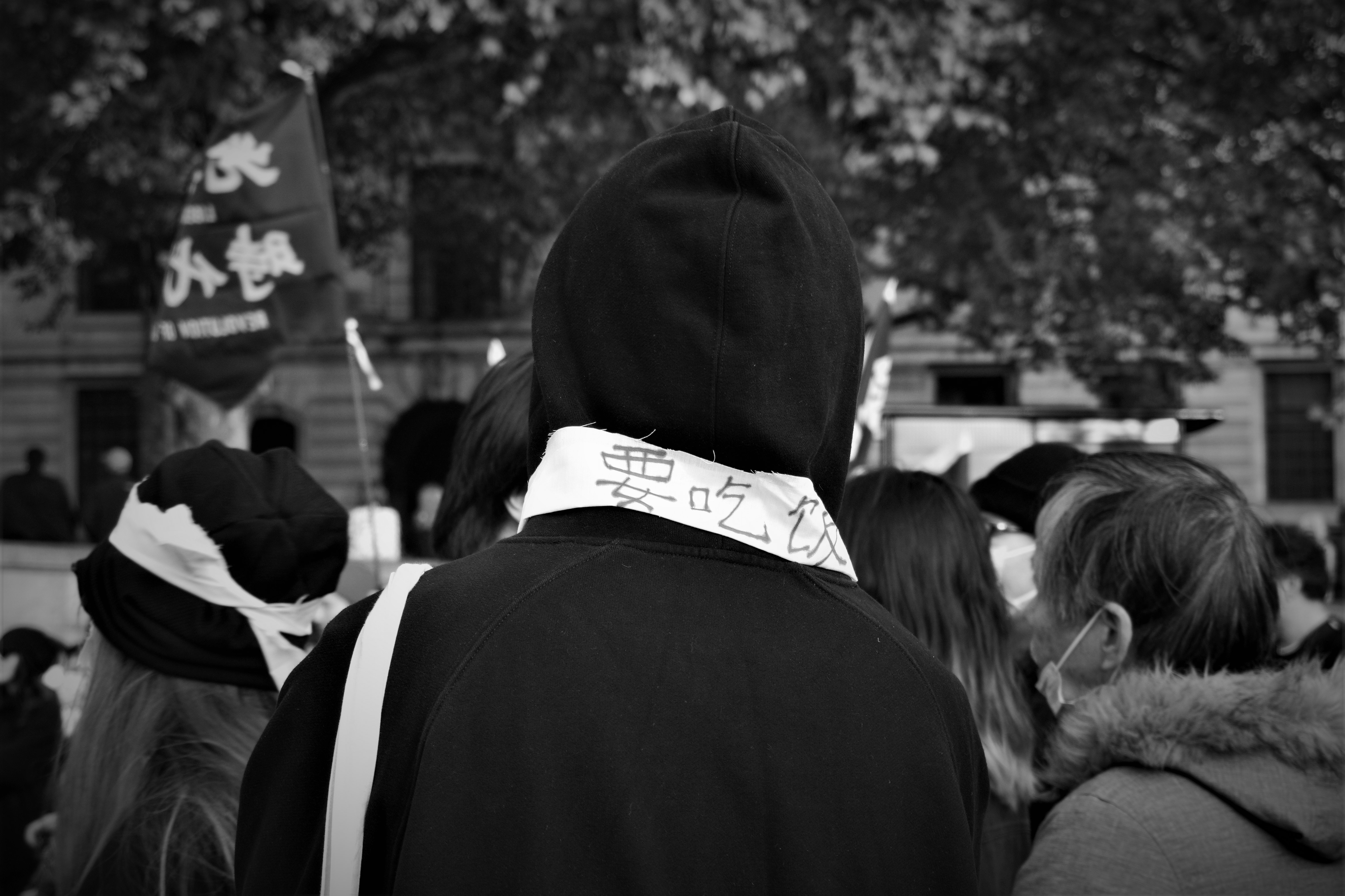 The activists hung banners that cited Peng Lifa’s protest slogans. The banners said: “No to PCR, Yes to livelihood. No to lockdown, Yes to freedom.” 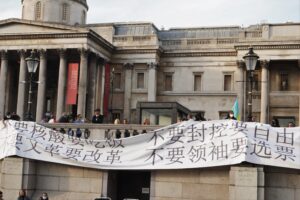 Kim*, one of the protesters said: “More and more youth in China were facing unemployment due to lockdown, and those in need of medical treatment were not getting it.” He added: “But the government still claimed they did it for people’s sake.”

Protestors carried signs with statements such as “Free China” or “Out! Dictator”. Flyers and variations of the anti-Xi flyers posted in universities worldwide were also handed to the crowd. 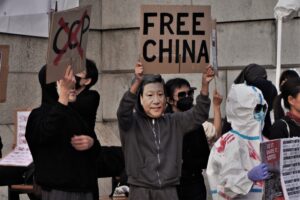 Many dressed up in costumes, not only as a tradition of Halloween, but also as a means to protect their identities, a major concern following Peng’s arrest in Beijing last month.

Some put on hazmat suits as a satire to the regular PCR testing carried out in every corner of China.

A female protestor donned a Winnie-the-Pooh costume, provoking the country’s decision to ban the character a few years ago.

Kim*, who was dressed in hazmat suit, said: “You see we are all disguised because there are still fears and considerations.” He added: “I have heard rumors that the embassy sent undercover cops to watch us.” 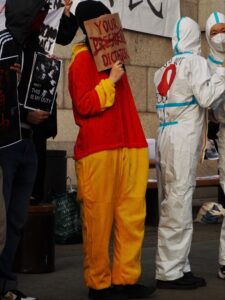 People showed up in costumes to hide their identities. | Photo by Pei Heng Ma

The chant “No more CCP, no more Xi Jinping. I don’t want PCR, I want to eat.” won much applause from the crowd. 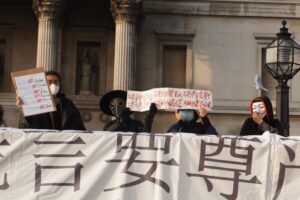 Fu*, a student participant, said: “I have been hoping for Xi Jinping and the CCP to end their ruling since junior high school.” He added: “Today’s demonstration may not have a huge impact, but we hope to at least raise people’s awareness.”

A tweet from RFA (Radio Free Asia) Chinese read: “The protest on Sitong Bridge, Beijing, inspired countless of Chinese overseas. Chinese people in London gathered this Saturday (October 29, 2022) in Trafalgar Square, London, to ‘support the Sitong Bridge martyr’ and to tell the world with actual action that ‘The bravery of a man should not be met with silence’.”

Protestors raised concerns over issues such as the tightened relationship with Taiwan and Hong Kong as well as Tibet’s human rights issues.

Wu*, another protester at Trafalgar, said: “The fact Xi keeps implying military actions against Taiwan makes me anxious.” He added: “It will be a horrifying thing for the people in Taiwan and not beneficial in the long run.” 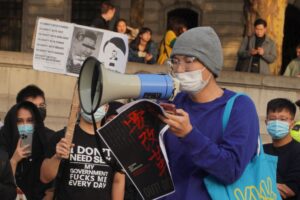 *The names of the participants were changed to protect their identities.